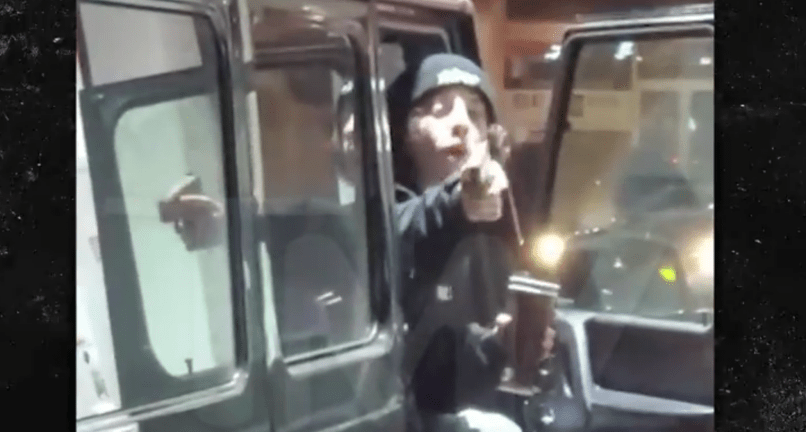 Los Angeles police are investigating Lil Xan after footage has emerged of the rapper brandishing a gun at a gas station.

TMZ reports that Lil Xan got into dispute with a man outside a 7/11 in downtown LA shortly before 10:00 p.m. local time on Friday. The man, who filmed the incident, apparently confronted Lil Xan about past derogatory comments he made about Tupac. The two eventually traded insults, leading Lil Xan to pull out a semi-automatic handgun. Lil Xan then got into his vehicle and flashed the weapon once more as he pulled away.

The man filed a police report and detectives are investigating, according to TMZ.

For his part, Lil Xan said he pulled his weapon in self defense. “The media is gonna try and twist what just happened at a gas station, I was about to be attacked and resorted to having to use self defense,” Lil Xan wrote in an Instagram Story. “Fuck all you old head ass bitches still talking about that 2pac shit like you own life. And stop picking on a kid.”

Watch video of the incident below.