A sexy, crisp performance of the title song from Ronson's upcoming album 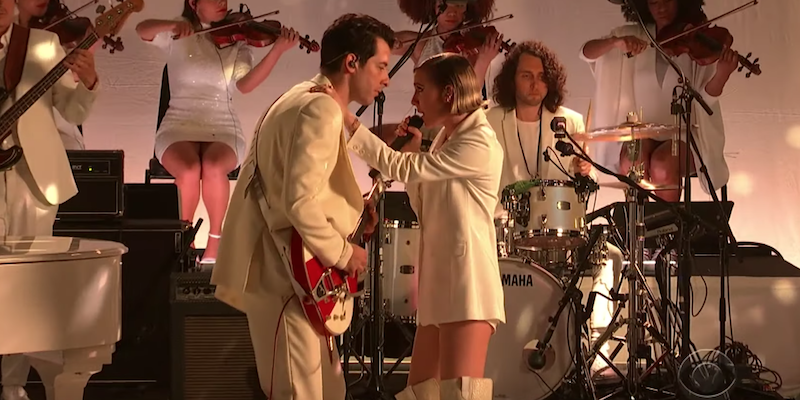 Ever since we heard “Nothing Breaks Like a Heart” with Miley Cyrus back in the fall, we’ve been awaiting Mark Ronson’s new record. Ahead of the album’s June 21st release date, Ronson further stoked anticipation with an appearance on Stephen Colbert to perform the effort’s title track, “Late Night Feelings”, with Lykke Li.

Standing on a shaggy white carpet with four violinists behind them, Ronson and Li delivered a crisp, sensual performance. Lykke Li in particular brought her A game, grooving about the stage with all the assertiveness you’d want from a track like “Late Night Feelings”. And that’s to say nothing of the striking eye contact she made with Ronson as well as the cameras throughout; talk about being locked in!

Watch the pair’s performance below.

Late Night Feelings the album has also been teased with the latest single, “Find U Again” featuring Camila Cabello. Other album guests include King Princess, Alicia Keys, and YEBBA.