Plus, they'll wax nostalgic with a special concert in New York 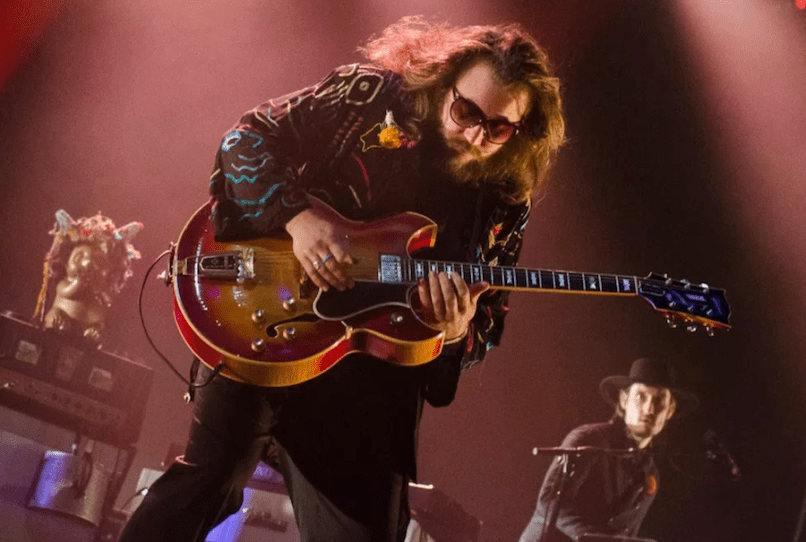 My Morning Jacket will celebrate the 20th anniversary of their debut album, The Tennessee Fire, with a newly announced expanded reissue.

Due out August 2nd from Darla Records, the package boasts the original 16-song Tennessee Fire LP alongside a bonus disc featuring 13 previously unreleased songs. The bonus tracks include demos (“Lil Billy”), alternative versions (“Evelyn is Not Real”, “Heartbreakin’ Man”), and newly revealed numbers (“John Dyes Her Hair Red”, “Finger on the Frog”). Also included is a three-track download card for an early version of “If All Else Fails” and two different takes on “The Bear”.

All of the My Morning Jacket goodness comes housed in gatefold jacket featuring previously unseen images of the band, a drawing Jim James once attached to a now lost love letter and the original Tennessee Fire demo, and a copy of James’ original handwritten letter of direction for sequencing and layout. There’s also a 10-inch by 10-inch litho print.

(Read: The 10 Best Covers of Bob Dylan’s Blood on the Tracks)

But the celebration doesn’t stop with merch. My Morning Jacket have also revealed a special anniversary show in New York. Taking place August 9th at Port Chester’s Capitol Theatre, the concert will see MMJ play The Tennessee Fire in full along with other select tracks from the era. The show is just the fourth performance the band has scheduled for 2019, and comes one day before their Forest Hills Stadium gig in Queens.

Those who have tickets to the Forest Hills show will have access to a special pre-sale for the anniversary concert beginning June 13th. General on-sale will launch on June 17th. Find more information at the band’s website, and get tickets to all of MMJ’s upcoming gigs here.

Pre-order the Tennessee Fire reissue at MMJ’s site. The art and tracklist are below.