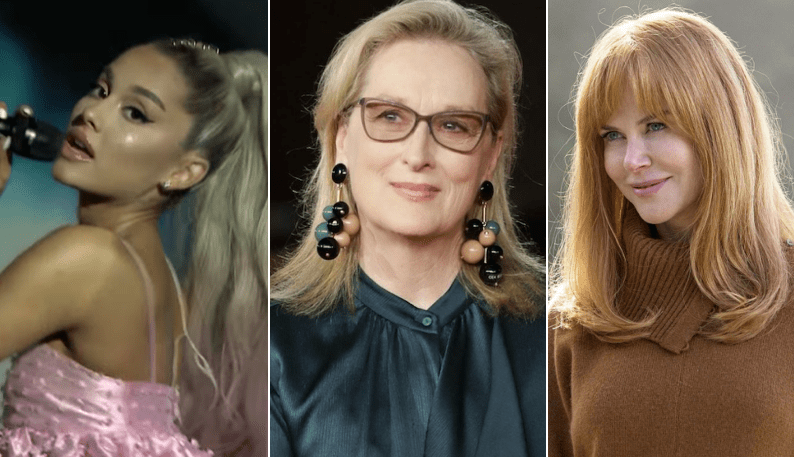 Ryan Murphy has pieced together a dream cast for his upcoming feature film adaptation of the Tony Award-winning musical The Prom.

Streep will play the role of Dee Dee Allen, a two-time Tony winner who teams with Barry Glickman (Corden) for a musical about Eleanor Roosevelt. When the production proves to be a major flop, threatening to derail both of their careers, the two seek positive press by taking up the cause of a lesbian student who is not allowed to attend her high school prom. They are joined by two other struggling Broadway actors Angie Dickinson (Kidman) and Trent Oliver (Rannells).

Per Deadline, Grande will play Alyssa, the daughter of the head of the PTA. Awkwafina has been cast as the group’s publicist Ms. Sheldon, and Key will play Streep’s love interest and Emma’s ally, Principal Hawkins.

The creative team behind the Broadway musical is working with Murphy on the upcoming adaptation. Bob Martin and Chad Beguelin penned the script, while Beguelin and Matthew Sklar handled the music and lyrics. Murphy himself will serve as director.

The Prom is the latest project stemming from Murphy’s massive overall deal with Netflix. He’s also currently developing an adaptation of his own Tony-winning revival of Boys in the Band.