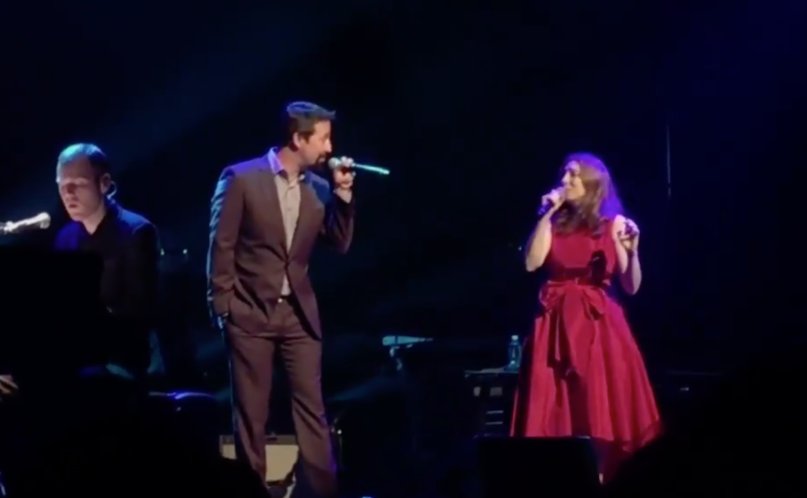 In addition to hits and deep cuts, Regina Spektor’s debut Broadway residency has delivered plenty of surprises since launching last week. One of those was Lin-Manuel Miranda, who made a guest appearance to perform Hamilton track “Dear Theodosia” with Spektor.

Miranda’s cameo took place on Friday, June 21st, the second of Spektor’s five nights at the Lunt-Fontanne Theatre. “Dear Theodosia” is taken from Miranda’s own Hamilton production, but he also enlisted Spektor to cover the song for his companion Hamilton Mixtape project from 2016. (And when not doing Broadway things together, the two are also just very cute friends.)

Me to F: Oh look it’s @Lin_Manuel across the aisle.

Elsewhere during the Russian songwriter’s Broadway run, past collaborators Gogol Bordello made a cameo, as did actress and good friend Linda Cardellini. Spektor has also slipped in Sound of Music covers, according to online set lists.

In related news, Miranda announced that his Freestyle Love Supreme improv hip-hop show is heading to Broadway in the fall.

Revisit Spektor’s recent appearance on This Must Be The Gig, in which she discusses her Broadway residency and opening for The Strokes.