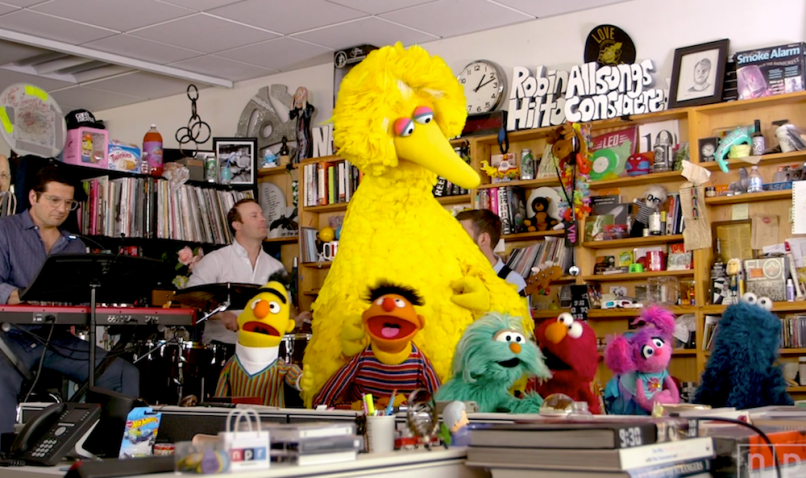 In the last few months, NPR’s Tiny Desk Concert series opened its doors to Wu-Tang Clan, Florence and the Machine, and Radiohead’s Jonny Greenwood. Despite the variety of acts, however, nothing could have prepared viewers for Monday’s episode starring… the cast of Sesame Street.

The appearance of the iconic Sesame Street characters comes as the beloved children’s TV series celebrates its 50th anniversary. Big Bird, Elmo, Bert and Ernie, Cookie Monster, Rosita, and others presented a heartwarming six-song set, which included program favorites like “What I Am” and the “Sunny Days” theme song. A few of NPR’s own staffers even got to join in, too.

Check out the concert below, followed by pics from the characters’ DC adventures.

Washington, D.C. has some of the nicest monuments! Real beauties. pic.twitter.com/5NjkJQ6Uua

Who did it better, the Washington Monument or @bertsesame's hair? 🤣 #ThisIsMyStreet pic.twitter.com/c7PaF0oMX9

Did you spot the new bird species in DC today?!

Last month, New York City officially named one of its intersections after the educational TV show.