Static-X kick off tour with masked singer in Arizona: Watch

The mask shares a likeness with the late Wayne Static, which has drawn some backlash 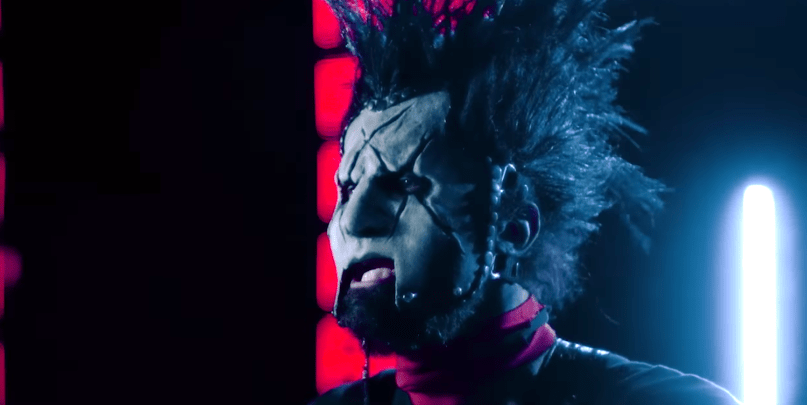 The band’s use of an unidentified masked singer sporting a mask with Wayne Static’s likeness and signature spiked hair has drawn ire from some fans who feel like the imitation is in poor taste. Two months ago, the band released a statement, revealing that they had full support from Wayne Static’s family for the apparent use of his likeness, opting to not use a hologram or pre-recorded vocal tracks.


“Once we found our guy, we began to discuss the stage show and the visual presentation for the tour. In the end, it was actually our touring vocalist who suggested that he wear a mask on stage. Out of respect for Wayne and for the band, he didn’t feel that it would be right for his own image or identity to be placed in the center of something that he had nothing to do with creating. This struck the three of us as an incredibly selfless and humble gesture. … Further, he expressed that the mask itself, along with his performance each night could act as a unique part of the memorial to Wayne. A tribute, for lack of better words.”

The statement added: “Before we moved forward with any of our creative decisions, we first shared our ideas and designs with Wayne’s family. They have given us their full support every step of the way.”

The band is rounded out by classic members Tony Campos on bass, Ken Jay on drums, and Koichi Fukuda on guitar. It is heavily rumored that Dope frontman Edsel Dope is the man behind the mask, performing double duty as his band is opening support for the Wisconsin Death Trip Tour. Check out the fan footage from the Tempe show below and you be the judge.

The tour, featuring co-headliner DevilDriver, continues tonight in Albuquerque at the El Rey Theatre and continues across North America over the coming months.