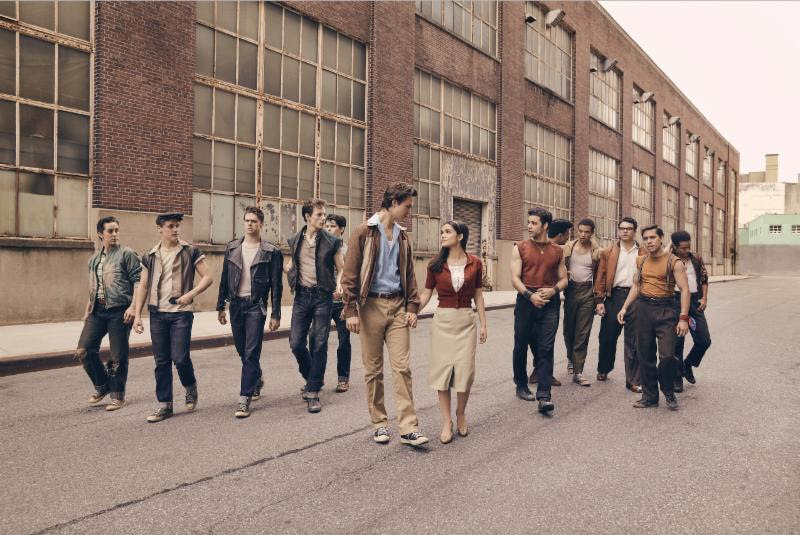 20th Century Fox has released a first look at Steven Spielberg’s reimagining of West Side Story. As you can see below, the Jets and Sharks have assembled and are ready to dance.

In between are Tony (Ansel Elgort) and Maria (Rachel Zegler).

Rounding out the cast is Ariana DeBose as Anita, Ana Isabelle as Rosalia, Corey Stoll as Lieutenant Schrank, Brian d’Arcy James as Officer Krupke, Curtiss Cook as Abe, and original West Side Story star Rita Moreno in a new role as Valentina.