Scooter Braun’s wife says Taylor Swift is lying: “How embarrassing this temper tantrum is because you didn’t get your own way”

Swift was given the opportunity to purchase her masters, Yael Cohen Braun claims 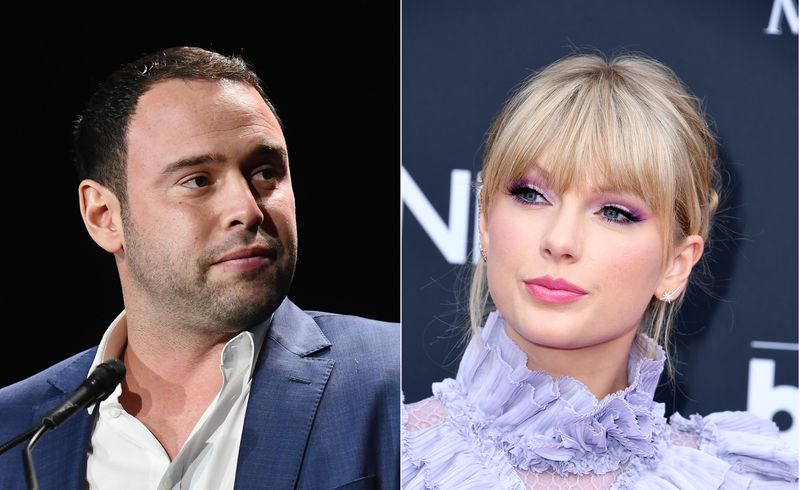 We’ve heard from Taylor Swift and Justin Bieber. Now, Scooter Braun’s wife has chimed in on the ongoing brouhaha resulting from her husband’s acquisition of Swift’s master recordings.

In a lengthy post to social media on Sunday, Swift called news of Braun’s purchase “my worst case scenario.” She accused the music mogul of “incessant, manipulative bullying” and claimed Braun “stripped me of my life’s work, that I wasn’t given an opportunity to buy.”

Braun’s longtime client, Bieber, subsequently questioned Swift’s motives to go public, writing in an Instagram post: “What were you trying to accomplish by posting that blog? seems to me like it was to get sympathy u also knew that in posting that your fans would go and bully scooter.”

Braun’s wife, Yael Cohen Braun, also sought to defend her husband. “I have never been one for a public airing of laundry, but when you attack my husband… here we go,” Cohen Braun wrote to begin her own lengthy social media retort.

Cohen Braun disputed Swift’s insinuation that she was never given an opportunity to purchase her masters. She also maintained that the pop singer was well aware of the transaction prior to today’s announcement, as Swift’s father, a shareholder of Swift’s former label Big Machine Records, was involved in the negotiations. “So no, you didn’t find out with the world,” Cohen Braun proclaimed.

Elsewhere in her post, Cohen Braun suggested Swift’s initial blog was a not-so-veiled attempt to bully her husband. “It’s easy to see that the point of putting this out was to get people to bully him. You are supposed to be a role model, but continue to model bullying,” Cohen Braun wrote.

“Scott (Scooter) was so excited to work and build with you. How embarrassing this temper tantrum is because you didn’t get your own way,” Cohen Braun added. “He believes in and supports you, I sincerely hope you can learn to love and believe in yourself the way my husband does.”

“Lastly, if you think he can control his clients, please control your fans. Leave our personal life and kids out of this. You don’t understand yet what lines that crosses, but one day you will. And I hope you have the dignity, class and kindness to leave your fans out of this and have an open discussion. Tumblr can’t fix this, a phone call can.”

You can read Cohen Braun’s full note below. In her post, she also makes mention of the 2016 phone call from Swift to Braun’s client Kanye West in which Swift gave West permission to mention her name in his song “Famous”. When Swift denied that the conversation ever took place, West’s wife, Kim Kardashian-West leaked a recording of it. In her post, Swift suggested that Braun was involved in the release of the “illegally recorded” phone call. Cohen Braun contends that not true, however, writing: “Don’t blame him because Kim caught you in a lie, it’s embarrassing I know – but adults own up to their mistakes. We learn and grow from them, we don’t divert blame and blur lines of reality to suit our needs.”

“Out of courtesy, I personally texted Taylor at 9:06pm, Saturday, June 29th to inform her prior to the story breaking on the morning of Sunday, June 30th so she could hear it directly from me,” Borchetta added.

Borchetta also dismissed Swift’s claim that there were problems between the pop singer and Braun prior to sale:

“As to her comments about ‘being in tears or close to it’ anytime my new partner Scooter Braun’s name was brought up, I certainly never experienced that.  Was I aware of some prior issues between Taylor and Justin Bieber?  Yes.  But there were also times where Taylor knew that I was close to Scooter and that Scooter was a very good source of information for upcoming album releases, tours, etc, and I’d reach out to him for information on our behalf.  Scooter was never anything but positive about Taylor.  He called me directly about Manchester to see if Taylor would participate (she declined).

He called me directly to see if Taylor wanted to participate in the Parkland March (she declined).  Scooter has always been and will continue to be a supporter and honest custodian for Taylor and her music.

A representative for Swift’s told PEOPLE that Scott Swift did not personally participate in the shareholders phone call “due to a very strict NDA that bound all shareholders and prohibited any discussion at all without risk of severe penalty.” The representative added, “Her dad did not join that call because he did not want to be required to withhold any information from his own daughter. Taylor found out from the news articles when she woke up before seeing any text from Scott Borchetta and he did not call her in advance.”