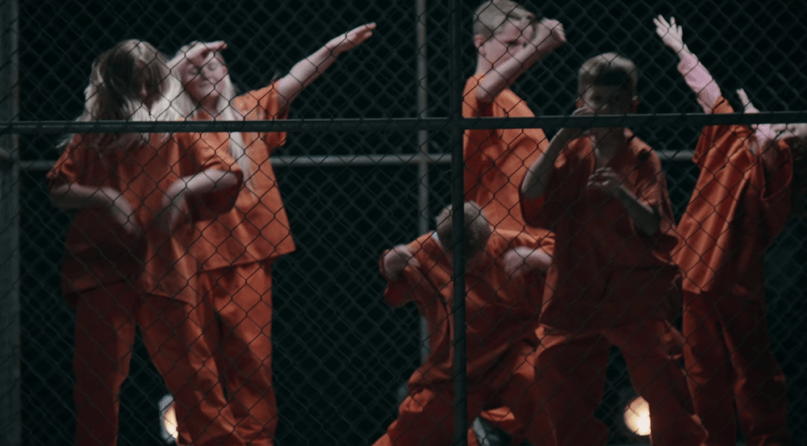 Vic Mensa has never been one to stand idly by. The outspoken Chicago rapper previously protested against police brutality and advocated for racial equality. Now with his new single and video for “Camp America”, Mensa is condemning Donald Trump’s immigration detention centers and “family separation policy”.

Since Trump took office, more than 20 children have died in ICE detention centers. Even so, the administration maintains such centers are safe, with ICE director Matthew Albence even once likening them to “summer camps”.

“I thought that was a crazy f*cking idea and wanted to create a world with this song that imagined that twisted alternate reality, where it was fun for kids to be held as prisoners, drinking out of toilets, away from their parents, and somehow enjoy it like one might at a summer camp,” Mensa told The Daily Beast, adding:

“My intention for using white kids as opposed to minority children is to point out the blatantly obvious fact that this would never happen to white kids in this country or maybe anywhere on this earth. Although the nature of the actions the kids were involved in was graphic or shocking, it was all taken from actual occurrences reported at ‘detention’ centers.”

Below, check out the provocative “Camp America” video, directed by Titanic Sinclair.