What Ever Happened to the Cast of Honey, I Shrunk the Kids?

Catching up with our favorite shrinking family from the 1980s 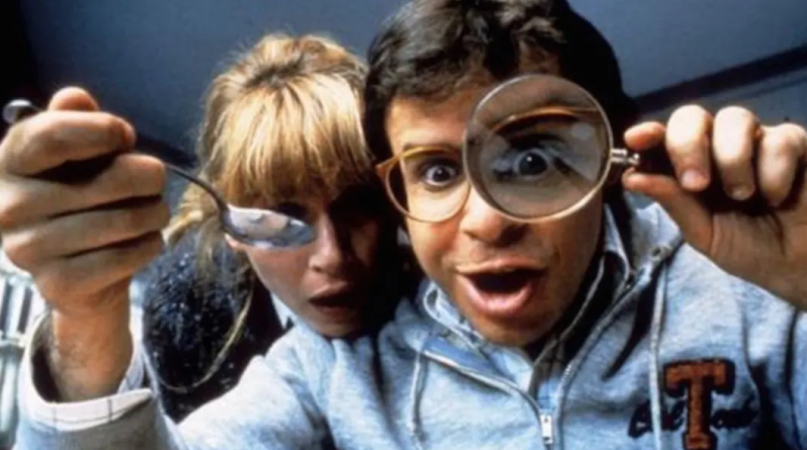 Each month, What Ever Happened To… catches us up with some of our favorite faces from our pop-culture past. This time, we revisit our favorite shrinking family from the 1980s, the Szalinskis, from Honey, I Shrunk the Kids.

All young children long to be bigger. Not necessarily older. Bigness trumps experience at say, age six or seven. Children don’t look at the admonishing parent, the shushing teacher, or the snotty big sibling and think, “If only I was older…” No, the wish is to be bigger. That’s why children have always been so fascinated by dinosaurs — the sheer size. After all, what’s big enough to tell a brontosaurus to finish its asparagus, tidy up its room, or brush its teeth before bedtime? All the gatekeepers and roadblocks in the tiny spheres of children share that one thing in common: kids have to tilt their heads back and stare upward to eyeball them.

Part of the genius, then, of 1989’s unlikely hit family comedy Honey, I Shrunk the Kids, which celebrates its 30th anniversary this month, is that by shrinking a group of children with Wayne Szalinski’s (Rick Moranis) ray gun, the creators actually gave children in the audience the satisfaction of finally feeling larger. Their small, pitiable domain — a backyard, a couple of trees, maybe a swing set or sandbox — was now a vast trek of jungle worthy of quests, journeys, and high adventure. The film gives children a chance to imagine leading a life as big as Luke Skywalker, Lemuel Gulliver, or even Simba without ever having to leave the backyard.

Now that Honey has turned 30 and Disney has reported that the company will be remaking the original (why?) with a story line focused around Wayne’s son, Adam, shrinking his own children (there really is no learning curve in some gene pools), we thought this would be an opportune time to see what ever happened to our favorite shrinking families, the nerdy Szalinskis and their neighbors, the outdoorsy Thompsons.

Spoiler: They finally grew up.

Generally speaking, pipsqueaks don’t become Hollywood leading men, but Rick Moranis had bucked that rule by the time he signed on to play the role of Wayne Szalinski, an inventor tinkering with a shrinking ray gun in his attic, in Honey, I Shrunk the Kids. The Toronto native had spent the ’80s developing classic comedy bits on SCTV and co-starring in beloved ensemble comedies like Ghostbusters, Little Shop of Horrors, and Mel Brooks’ Spaceballs. By 1989, he had transitioned into being one of Hollywood’s most likable (and bankable) underdogs. However, when Moranis’ wife, Ann Belsky, sadly died of breast cancer in 1991, the movie star slowly began stepping out of the spotlight in the mid-’90s in order to spend time raising his two children.

Moranis, now 66, insists that he never retired but just took a longer break than expected. In his “time away,” he has released a couple of lighthearted singer-songwriter albums (available on Spotify), provided the voice of Rutt for the Brother Bear series, returned a couple times as his iconic all-Canadian character Bob McKenzie, ehh, and, most recently, reprised his role of Dark Helmet last year for an episode of television’s The Goldbergs. The comedian maintains that he’s just a picky actor looking for the right role. As a kid of the ’80s, it’s hard to imagine a return to the screen that would be more warmly welcomed — either as the nerdy funnyman we all love or even in a dramatic role for a fresh start.

Classic television potatoes will remember the late Marcia Strassman from series as varied as The Patty Duke Show, The Love Boat, Fantasy Island, M*A*S*H, and, of course, Welcome Back Kotter, where she spent five seasons listening to Gabe Kaplan’s jokes about his uncles. (In the words of Vinnie Barbarino, “The woman is like a saint.”) Honey, I Shrunk the Kids came for Strassman during a time where she was settling into the role of worried mom more often than not.

After shrinking the kids, she returned as Diane Szalinski in the 1992 sequel, Honey, I Blew Up the Kid, and even reprised the role one last time for ’94’s Honey, I Shrunk the Audience, a short used for a Disney Parks attraction. She finally moved on from enabling Wayne Szalinski to alter children with a ray gun and lent her voice to famed Nicktoons series like Rugrats and Aaahh!!! Real Monsters. Sadly, Strassman passed away from breast cancer in 2014.

Okay, let’s not get carried away here. Amy O’Neill dancing with her mop as teenager Amy Szalinski to Nick Kamen’s “Turn It Up” won’t exactly go down in cinematic history as the counterpart to Tom Cruise dancing in his tighty-whiteys, but I’m sure more young men out there took notice than just Little Russ Thompson. Before her adventures as a Szalinski, O’Neill had appeared on numerous ’80s television classics like Mama’s Family, Night Court, and Family Ties … not to mention a spot in The Twilight Zone’s celebrated 1985 reboot.

Like her onscreen family, O’Neill also appeared in the painful Honey sequel and the Audience short for Disney theme parks. Reports suggest that O’Neill lost interest in acting in the mid-’90s, largely because roles required nudity. However, she soon traded in that mop for a pair of stilts and has since toured the world as part of the circus act “Girls on Stilts.” I’m no shrink, but I think there’s plenty to devote some time to here given her onscreen past.

Robert Oliveri’s Nick Szalinski was a spectacled chip off his dad’s nerdy block and possibly the greatest spokesperson for creme pies this side of Little Debbie. He further nailed down the archetype of little brother as Kevin in Edward Scissorhands, but we’ll never quite forget Nick’s bee ride from hell or the fantasy of sitting on an oatmeal pie and pawing at artificial creme the way a bear might honey.

And it would be the role of Nick Szalinski that Oliveri would end his acting career on with Blew Up and then Audience, respectively. Disney may have trusted Oliveri to play a lead role in Blew Up — in which Nick has matured and started taking a shine to the ladies — but the lousy script and worse box-office receipts definitely could not have been helpful if the young actor wished to stay in the business. He ultimately chose to leave acting and reportedly lives with his wife and children in Florida.

*Editor’s Note: We were unable to find a confirmed recent photo of Oliveri.

The only thing worse than living in the shadow of Big Russ Thompson might be being referred to as “Little Russ” by everyone. Apart from that, Thomas Wilson Brown’s role as Russ summed up the teenage years for most of us: confused, apathetic, aimless … and totally obsessed with a dream girl who doesn’t know he exists. And, to think, all it took to get Amy Szalinski’s attention was rodeo riding a bee, fending off a giant scorpion, and giving her the kiss of life after saving her from drowning in a puddle.

It almost makes the challenge of transitioning into a career as a steady actor seem easy, and Brown has in fact managed to stay in the business. Whether you recognize him as a young pilot in Pearl Harbor or recall past stints or appearances on popular shows like Knots Landing, Boy Meets World, and Walker, Texas Ranger, it’s safe to say that Little Russ can probably drop the “Little” by now if he hasn’t already killed his dad and become the new “Big Russ.”

Thirty years later, I think it’s fair to admit that we had Jared Rushton’s Ron Thompson all wrong. Sure, he was an annoying brat. Sure, he’d put a baseball through your attic window and shoot his own father with a superglue-tipped rubber arrow as soon as look at him. And, yes, that red flip-up hat has caused me more fashion nightmares than I care to recall, but we all got a look at the real Ron when he knelt and cried over the death of “Antie,” the noble ant who saved him from certain death when a scorpion cornered him in a blue Lego.

For a while, it looked as though Rushton might become one of the premiere child stars of his time — after all, just a year prior to Honey, he had played exemplar BFF Billy Kopecki in the smash Big and had also been holding down the part of Chip on Roseanne for multiple seasons. Rushton did continue to get steady work through the mid-’90s but eventually left acting for music. He’s played as a guitarist in multiple bands since then, including rock outfit Deal by Dusk (search Spotify). Glad to see Rushton hasn’t forgotten how to shimmy shimmy rock.