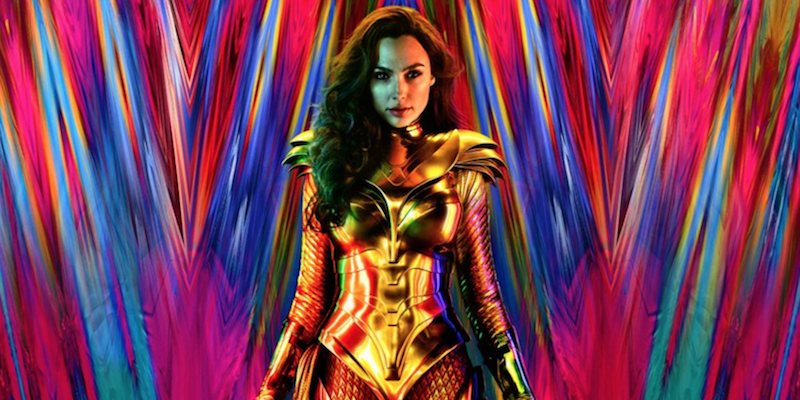 Despite appearing in three DC Extended Universe films, Wonder Woman’s costume hasn’t changed all that much. Sure, the color palette has brightened as Warner Bros. strives to shed its “dark and brooding” label. In contrast, though, characters like Captain America and Thor have been given a new look nearly every time they appear on screen. Those hoping to finally see Gal Gadot in some new duds in the forthcoming Wonder Woman 1984 are in luck, as director Patty Jenkins has revealed a cinematic take on a fan-favorite costume from the comics.

In a tweet revealing that WB would be skipping this year’s San Diego Comic-Con, Jenkins also shared a new poster for Wonder Woman 1984. While the groovy color scheme feels a bit like it’s cribbing the Thor: Ragnarok aesthetic, the highlight of the image is Gadot’s fresh look. Gone is the metallic red-gold-and-blue corset and pteruges combo, replaced by formidable looking full-body golden plates.

Comic fans will recognize this as a version of the Golden Eagle armor. In the books, the suit ups Wonder Woman’s strength and durability, while also granting her the ability to fly. (More recent versions of the character just give her the power of flight naturally.) Does this mean Gadot will take to the skies in Wonder Woman 1984? If nothing else, the fact that Diana even needs the armor hints that Kristen Wiig’s Cheetah is going to be a formidable foe.

By now you’ve heard: WB isn’t going to Hall H this year. We’re so sad to miss you there! And waiting until Dec. to start our official #WW84 campaign in full–  But the truth is… we can just… barely… wait… pic.twitter.com/QllFzhYRA6