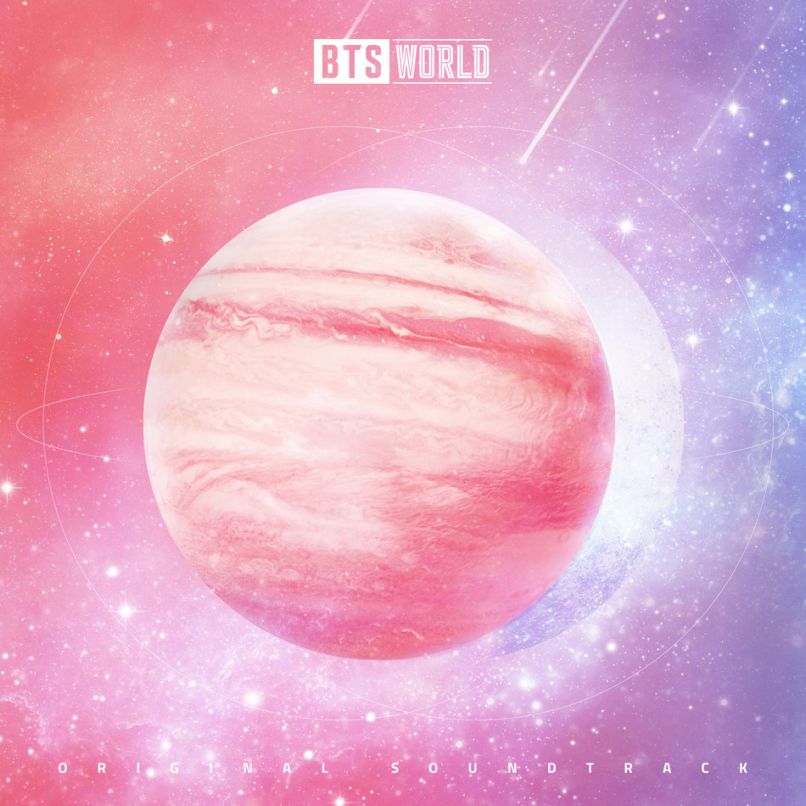 The Lowdown: What’s a boy band to do once they’ve basically conquered the world? Invent and uncover even more world, of course. That’s exactly what K-pop powerhouse BTS has done with their new mobile game, literally titled BTS World, which treats players to an inside look at the band’s rise to fame via a fictionalized narrative set in 2012. Its release was accompanied by a full-length soundtrack album, featuring new songs, high-profile collaborations, and themes designed for each of the seven members. Being a game soundtrack credited to various artists (on both the production and performance ends), you can’t quite approach it the same way you would any standard BTS album, which places it in a somewhat unique position relative to their body of work. Its built-in structure makes it a bit of an unsteady venture for active listening, but for its purposes of advancing a greater and more general BTS story, it does what it sets out to do and even offers some surprises as it’s doing it.

The Good: The very structure of the soundtrack album leads to some built-in division, but the band leans into it. The first track and the only one to feature BTS exclusively and in their totality, “Heartbeat”, jets to the core of what the whole BTS World project is about: A.R.M.Y. It’s a song about destiny, love, and mutual support, with a heartfelt music video that hearkens back to the days before BTS’ members reached worldwide fame. This and the three collaborative singles released throughout June — with Charli XCX, Zara Larsson, and Juice WRLD, respectively — together comprise the chunk of the album that feels most like what we’re used to from BTS, complete with attention-catching melodies and thought-out lyrics about following your dreams. “Dream Glow” is snappy and well-paced, with Charli XCX’s vocals coalescing artfully with the voices of Jungkook, Jimin, and Jin. Another notable highlight comes when Suga brings his signature twitchy flair to “All Night,” switching up his rhythm every line or so in a rap verse that sounds like the audible equivalent of a slick dance sequence.


Then we get into the themes, and things shift a bit. The format here speaks to BTS’ larger, extraordinary commitment to the distinct personas of each of its seven members. They’ve distilled a theme for each of them, from the cheerful, sunny “Shine (Yunki Theme)” and the dreamy, wistful “Not Alone (Jeongguk Theme)” to the “Captain (Namjun Theme)”, which sounds like the dramatic lead-in for a crime caper. The advancement of the group’s story is the clear object here — both in reverse, as the game prompts players to engage themselves with BTS’ historic rise to fame, and moving into the future — which is to say that this album works in a way specific to itself. The artists achieve this by reaching briefly into a wide variety of different genres and styles, a practice with which they’re already well familiar, but which comes across particularly sharply through the distinctions between each theme and the next.

The Bad: Being the type of project that it is, the soundtrack works less like a full portrait of the band and more like a sketch drawn together by adjacent pieces. The mantra about the whole generally being greater than the sum of it parts has worked out in BTS’ favor in the past, given that the group is blessed with several astronomically impressive parts. They’re comprised of expert dancers, choreographers, singers, rappers, and songwriters, backed along their way by airtight production and meticulous narratives and lyricism. The BTS World soundtrack makes use of these elements, to be sure, but not to the efficient and consistent maximum that the group is able to achieve with more traditional albums. This is likely more due to format than anything else; it never quite sheds the feeling of being supplemental to a separate project.

The Verdict: Whether the soundtrack album lands as an entire, unified piece or not, it is unlike anything else BTS has released thus far and most certainly (both with and divorced from its context) unlike a standard pop album release. Even the moments in the album that arguably feel more expected (namely, the string of opening singles) have a unique flair to them when measured against the rest of BTS’ canon — they’re unmistakably dialed-back, in a way that perhaps does lend itself to more idle listening. But there’s no mistaking that the group has once again gone above and beyond what was expected, raising the bar for their peers in terms of what they are willing to do and produce for their fanbase.