David Berman Returns as Purple Mountains with a Melancholy Masterpiece 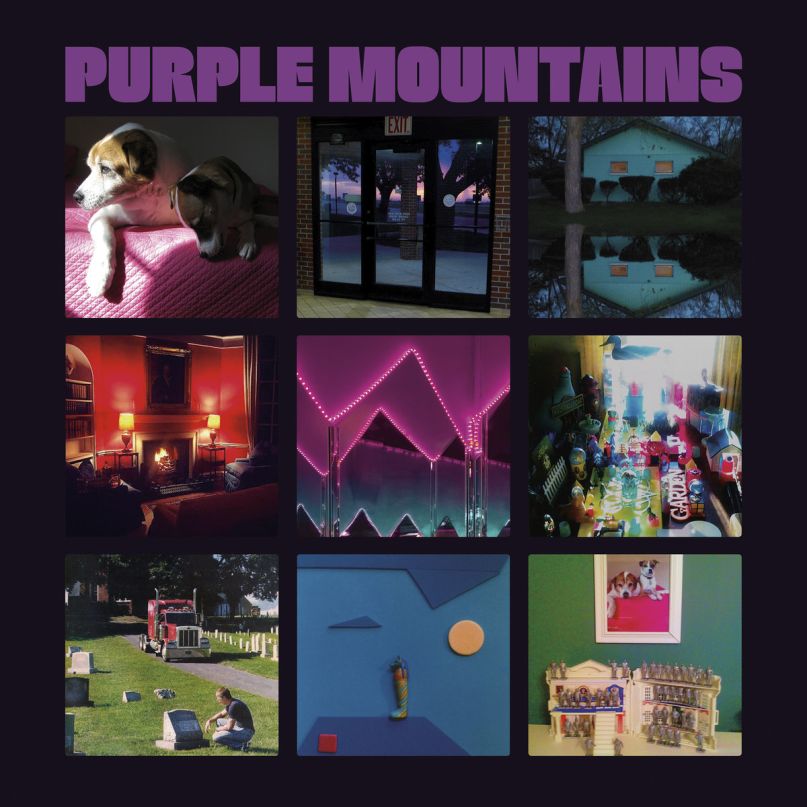 The Lowdown: Long live David Berman. After shutting it all down in a 2009 message board post, the mythic musician’s project Silver Jews took on an indie cult status so strong he almost resented taking a full decade off from making music. But now he’s returned with a new name and the same dark outlook. Collaborators on Purple Mountains’ eponymous album include Jeremy Earl and several other members of Earl’s band, Woods, but it’s Berman’s gloriously miserable show through and through.

Purple Mountains is both a breakup album in the traditional sense and also a breakup album if all of life was one big, long breakup. Which it kind of is, depending on who you are. Take this line from “Darkness and Cold”: “The light of my life is going out tonight without a flicker of regret.” And, from “She’s Making Friends and I’m Turning Stranger”: “I’m a loser, she’s a gainer.” I mean. So simple and so sharp-edged.


The Good: Everything. Berman once again, perhaps better than he ever has before, captures the feeling of being cosmically fucked. Thanks to Berman’s singular lyricism, the first 40 seconds on the first track, “That’s Just the Way I Feel”, will tell you whether and exactly how much you love Purple Mountains. If you are me, you will immediately adopt it as your theme song. Choice selections — again, just from the first song on the album: “I’m the same old wreck I’ve always been,” “Course I’ve been humbled by the void, as much as my faith has been destroyed,” “When I try to drown my thoughts in gin, I find my worst ideas know how to swim,” “This kind of hurting won’t heal. And the end of all wanting is all I’ve been wanting.” There are far better ways to be a critic than to just share lyric after lyric, but this is what I’ve chosen to do in the hope that you are so fed up that you just go listen to the album instead.

Anyway. How can music be so sad and so catchy at the same time? “Storyline Fever” is a terrifically clever expression of the suspicion that you (either you-you or them-you, or maybe both) are so tied to your own narrative that it’s created a mutated sickness inside you and your whole little world — and it’s a raucously hooky masterpiece to boot. “All My Happiness Is Gone”, pitch-black in theme, is jangly but soft, like a dozen tambourines being casually jostled on a bed of gauze. Bruisey, purple-black gauze probably. On “Drinking Margaritas at the Mall”, Berman takes on the persona of an anti-Jimmy Buffett; if Buffett engenders worry-free, shameless indulgent buoyancy, Berman delivers the exact opposite. “Snow Is Falling in Manhattan” is like if Berman and Dan Bejar of Destroyer fused into one person, which is apt considering Bejar considers Berman an idol, and so much music is at its best when it’s smart people swapping influences and building on one another.

The Bad: Here’s what I struggled with: How do I culturally contextualize this record without diminishing it? It’s perfect, it’s genuinely brilliant, it’s everything I needed exactly when I needed it. But it’s not gonna change the landscape of music. Purple Mountains is concentrated, sad-bastard music of the highest, holiest order, the sad bastard manifesto. But it’s also just a nice honky tonk-tinged indie rock record at its core. A good one — a great one by virtue of Berman’s absolutely preternatural poetic prowess (“See the plot of a flawed individual looking for a nod from god”). But could I even tell it was made in 2019 just by listening to it?

Quite frankly, I don’t want to start a conversation about this; I don’t want to decide whether or not someone making great indie rock also has to push the sonic envelope and make cultural waves to deserve being bumped up onto the peak of the album-grading mountain. I want to be a fawning poetic coward. I want to perform as spiritual exercise the handwritten transcription of every lyric from this album for my own personal studies. But Consequence of Sound has this section called “The Bad”, and it’s my job to fill it. So, yeah. I wouldn’t change a goddamn thing on Purple Mountains. I might put it at the top of my favorite albums of the year. But I’m not going to argue that it’s the best album of the year. Anyway, I don’t like this section.

The Verdict: David Berman is one of our greatest living songwriters and he’s returned in beautiful, melancholic form as Purple Mountains to speak to the lifelong nihilistic depressive in all of us. Several moments on the album suggest his return to music-making came almost without a choice. Things haven’t been going so well for him these days, he says, and he’s just, well, he’s writing some stuff about it. And I think that’s just about the greatest thing that could have happened to, like, a lot of us. Berman writing new stuff, I mean. Within the twangy misery of self-explanatory album closer “Maybe I’m the Only One for Me”, Berman sneaks in a little glimmer of a belief that life will go on and that he’s capable of growth even if he is alone. “I’ll have to learn to like myself,” he says, and even though he sounds agonized as he says it, recognizing that as a possibility is a sign that he might just be able to write his way to a slightly brighter place.

Essential Tracks: “That’s Just the Way I Feel”, “Drinking Margaritas at the Mall”, “Storyline Fever”, and “Maybe I’m the Only One For Me”