Christina Hodson is also looking to pen the film, to which Ezra Miller remains attached 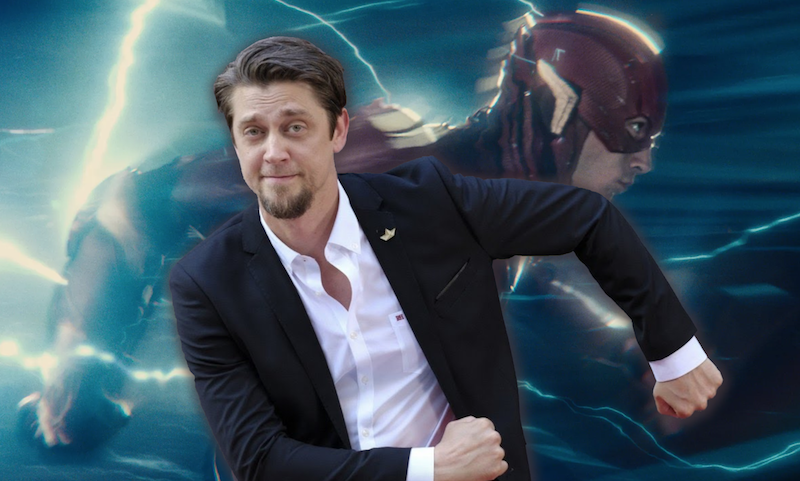 Andy Muschietti and Ezra Miller as The Flash

It looks like Warner Bros. and DC Films are lining up the next team to inevitably leave the Flash movie. New reports indicate that IT director Andy Muschietti is in talks to direct the long-in-development standalone superhero feature, with Bumblebee scribe Christina Hodson eyeing a screenwriting role.

Now, take all of this with a super fast grain of salt, as The Hollywood Reporter notes that deals haven’t even been presented yet. However, it appears WB and DC are looking to jolt the troubled project back to life after losing its previously attached directors for a third time, and Mushietti fits their MO. The studio has a habit of turning horror directors into DC superhero helmers: James Wan went from the Saw, Insidious, and Conjuring franchises to Aquaman; David F. Sandberg had only directed Lights Out and Annabelle: Creation before Shazam!; and House of Wax and Orphan director Jaume Collet-Serra is set to steward Black Adam.

The potential new hires come as Spider-Man: Homecoming writers John Francis Daley and Jonathan Goldstein leave the project after over a year of development. Their departure was voluntary, according to sources, and stemmed from the infamous jobs killer creative differences. While the duo wanted a light hearted approach, star Ezra Miller was hoping to take the Scarlett Speedster down a darker lane. He even penned his own script with comics great Grant Morrison, which was handed to the studio back in March. WB rejected it in May, but decided after some hemming and hawing that Miller would remain in the title role.

Daley and Goldstein had replaced Dope filmmaker Rick Famuyiwa, who departed in 2016 after stepping in for original project shepherd Seth Grahame-Smith. Grahame-Smith first signed on in 2015, and Miller has been waiting to return to the Flash ever since last playing him in 2017’s doomed Justice League. Hopefully, Andy Muschietti and Christina Hodson can get things up and running in time for the targeted January 2020 production start.