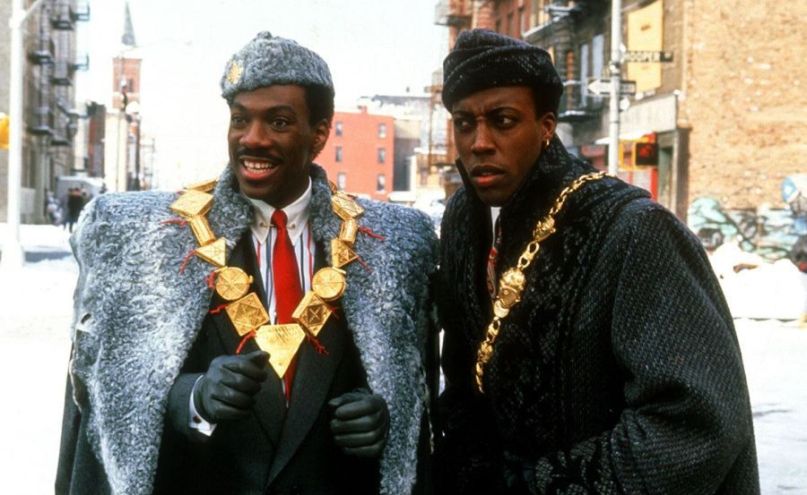 Arsenio Hall has joined the cast of Coming to America 2. Even though this was a given, Deadline reports that the veteran comic officially closed his deal to reprise his role as Semmi, the best friend and trusted aide to Eddie Murphy’s Prince Akeem.

Whereas the 1988 original found the two stars heading to the States to find a bride for Akeem, this sequel revolves around the search for his long-lost son. Does this mean Akeem had an affair? Maybe an off-screen one-night stand? We’ll find out.

As previously reported,  Craig Brewer (Hustle & Flow) is attached to direct. Kenya Barris is currently rewriting a script penned by the original film’s screenwriters Barry Blaustein and David Sheffield, with production set to begin sometime in 2019.

Brewer just wrapped up working with Murphy on Dolemite Is My Name, a biographical film on comedian Rudy Ray Moore that will be released later this year on Netflix. In fact, there is already early awards season buzz surrounding the film.

In related news, Murphy just signed a $70 million contract for an undisclosed number of stand-up specials with Netflix. It’s becoming rather clear that the blockbuster comic is mounting a major comeback of sorts for 2020.

It should be noted that Coming to America 2 will now hit theaters in December 2020, despite originally having a summer release date of August 7th, 2020. Perhaps they’re bringing back some of that holiday cheer from the original? Here’s hoping.