ASAP Rocky must remain in Swedish jail for another week [Updated] 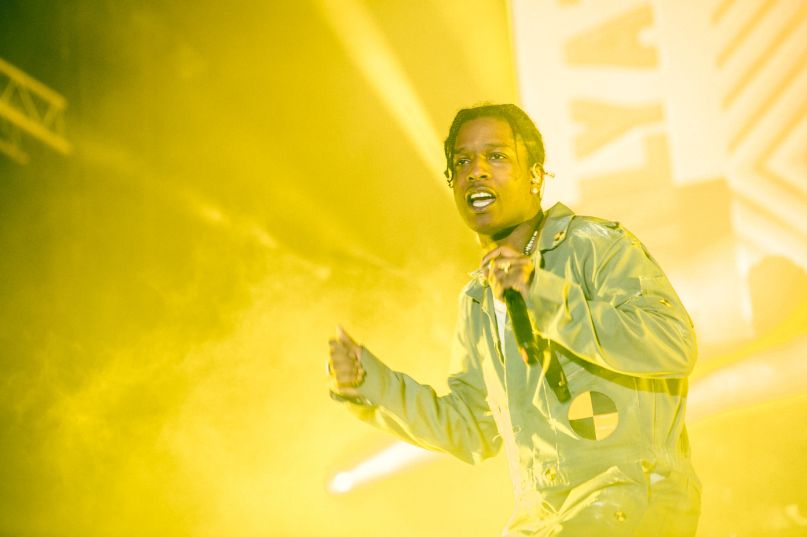 ASAP Rocky will remain in a Swedish jail for at least another week.

On Friday, a judge granted prosecutors’ request for additional time so that they can complete their investigation. The Harlem-born rapper was arrested earlier this month after a street altercation in Stockholm.

According to BBC News, prosecutors argued that ASAP Rocky should remain in custody “because of the flight risk.” They now have until July 25th to charge him with a crime.

ASAP Rocky and several of his associates were arrested on suspicion of assault after video emerged showing their involvement in a street fight. In one scene, Rocky can be seen violently throwing a man to the ground. He and his entourage then appear to punch and kick the man several times while he is still on the ground.

For his part, Rocky contends the two men were the aggressors of the incident. Two videos released by the rapper’s team show Rocky and his crew repeatedly asking the men to walk away. At one point, one of the men appears to throw an object at Rocky’s security guard. The men continue to follow Rocky and his crew down the street, and a woman is heard accusing the men of groping her and a friend. It’s at this point that the fight breaks out. ASAP Rocky and his team maintains that it was all self-defense.

Yesterday, it was revealed that the Trump Administration had personally has gotten involved in Rocky’s case at the urging of Kanye West and Kim Kardashian-West. President Trump has directly requested that his team “resolve” the issue, and Assistant Secretary of State for Consular Affairs Carl Risch reportedly attended Rocky’s hearing on Friday.

Update: President Trump commented on ASAP Rocky’s situation while meeting with reporters in the Oval Office on Friday. [He] is in a situation in Sweden, a great country, and friends of mine and the leadership, and we’re going to be talking to them, we’ve already started. Many, many members of the African-American community have called me, friends of mine, and said can you help? I personally don’t know ASAP Rocky but I can tell you he has tremendous support from the African American community in this country. When I say African American, I think I can really say from everybody in this country because we’re all one.”