"...The timing feels right for me to leave Spoon in order to spend more time with family and personal projects" 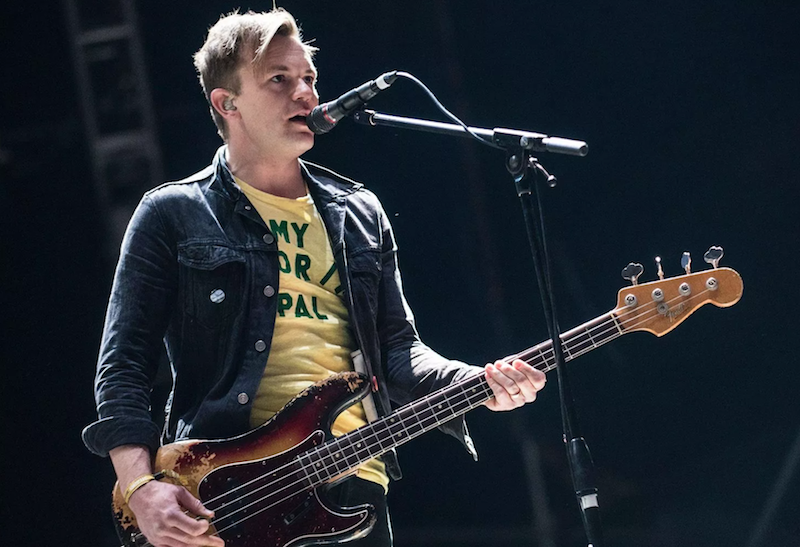 Pope has been with the indie greats for nearly 13 years, joining just before they began recording 2007’s Ga Ga Ga Ga Ga. He’s been featured on all of Spoon’s albums since then, including 2010’s Transference, 2014’s They Want My Soul, and 2017’s Hot Thoughts. The longtime member also played on “No Bullets Spent”, the new bonus track from the band’s forthcoming greatest hits compilation, Everything Hits at Once.

“As Spoon’s bass player since 2006, I’ve never taken for granted the thrills and challenges that have come with being in this band. Now, after some serious thought, the timing feels right for me to leave Spoon in order to spend more time with family and personal projects.”

He added that he will “continue to work on new music, including touring and recording with The Get Up Kids…” Pope is a founding member of the emo rock mainstays, having helped form the group in 1995.

Read Pope’s full statement below. Spoon are currently on the road with Beck and Cage the Elephant for their “Night Running Tour”, so they’ll need to find a fill-in STAT. Get tickets to their upcoming shows here. Meanwhile, Everything Hits at Once is due out July 26th via Matador Records.