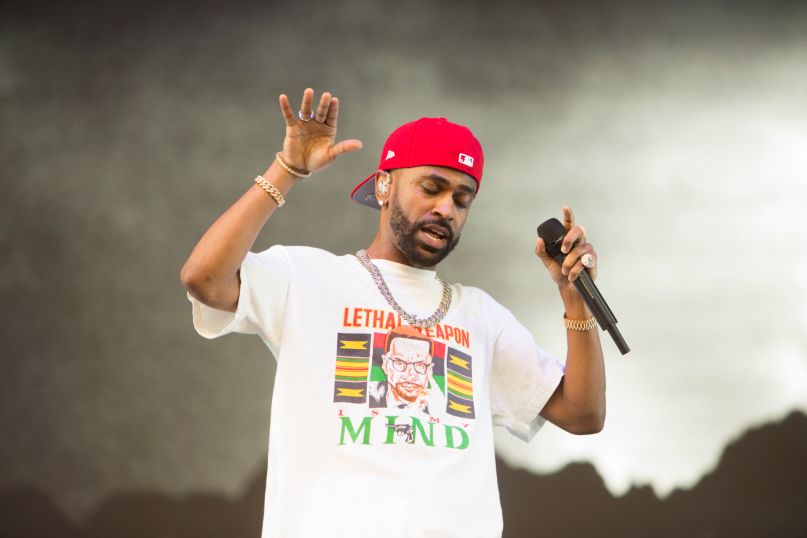 Earlier this week, Big Sean unleashed his first new single in two years with “Overtime”. Fans won’t have to wait nearly as long to hear a follow-up track, as the Detroit rapper has returned just days later with a second offering.

This one is called “Single Again” and features contributions from Jhené Aiko and Ty Dolla $ign. Based on the song’s lyrics and the presence of Aiko, “Single Again” has sparked rumors that Big Sean and his girlfriend Aiko have broken up. (“Overtime” features similarly lovelorn lyrics.)

Listen to “Single Again” below. Update — Monday, July 29th: A new short film for the track has been revealed. Directed by Lawrence Lamont, it was shot in the rapper’s Motor City hometown and stars both Ryan Destiny and Keith Powers.

“The video has a lot of important messages, but the main one is for people to ‘wake up and smell the roses’ in a world where we wake up and check our phones instead,” Big Sean remarked in a statement. The clip comes ahead of his Tonight Show performance on August 7th.