The clip finds the duo sharing the wisdom that led them to make their new LP, "Let's Rock" 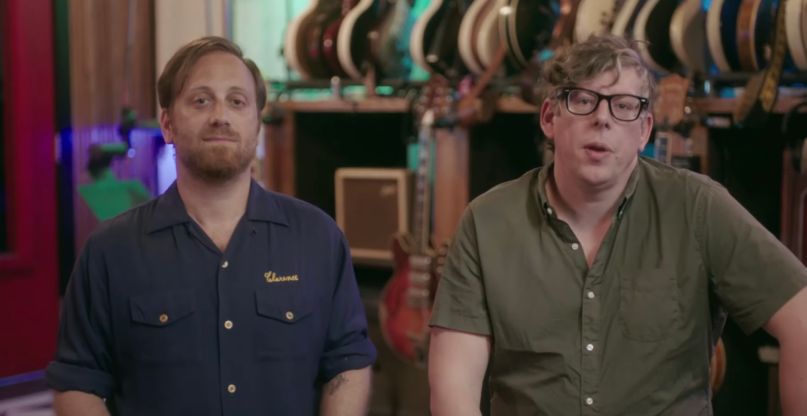 The Black Keys have touted their new album, “Let’s Rock”, as a return to a more straight-forward rock and roll form. Now, the duo of Dan Auerbach and Patrick Carney are here to teach other musicians how to do the same with an irony-laced trailer for their own satirical “MasterCourse”.

Premiered via Funny or Die, the video sees the bandmates hype up the fake music-instruction program, poking fun at the self-serving nature of the music industry and the ineffectiveness of similar online courses. Auerbach opens the trailer saying, “Every song on a record is trying to accomplish something. That song, in particular, was trying to get me a new pool.”


(Read: Ranking: Every Alternative Rock No. 1 Hit from Worst to Best)

Later, he speaks on their latest album, telling would-be students, “We wrote “Let’s Rock” to prove to the world that we’re better people than everybody else. Not just musically; all around better people. I’d say we proved them right.”

Auerbach’s deadpan delivery is perfectly contrasted with Carney’s performance as a well-intentioned but incompetent drum teacher. He speaks about “sultry” tones and how 4/7 is an “interesting time signature,” then adds, “couldn’t tell you much beyond that, but it is very interesting.” The best moments come when the two are able to work off one another. Toward the end, Carney explains, “After this course you’ll be able to write music like the pros,” only to have Auerbach chimes in, “Unless you’re not naturally gifted like us. Then we can’t really help you.”

Watch the delightful “MasterCourse” bit below.

For a more IRL rock lesson from The Black Keys, catch them on their upcoming tour with Modest Mouse. Get tickets here.