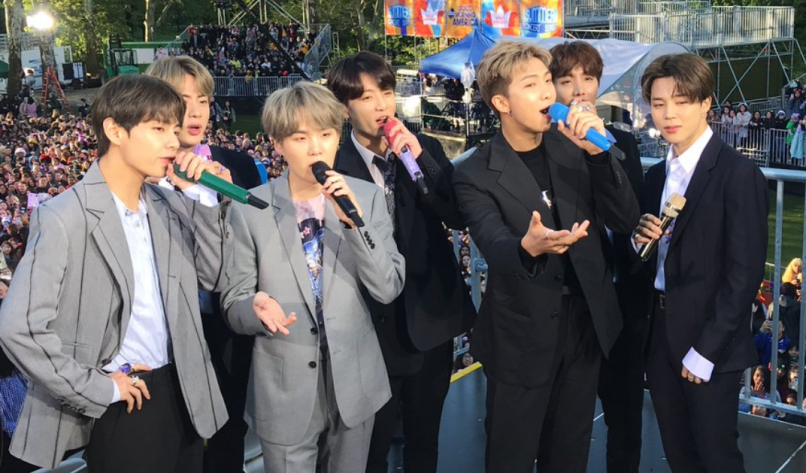 BTS are taking their talents to Saudi Arabia this fall.

The k-pop superstars will perform at the King Fahd International Stadium in the capital city of Riyadh on October 11th. It will mark the first time an international act will play a solo stadium concert in the country.

The announcement of BTS’ upcoming appearance in Saudi Arabia comes just a week after Nicki Minaj canceled her own scheduled concert in the country. Her decision came after the Human Rights Foundation publicly requested she withdraw from the event because of the country’s notorious discrimination against women and LGBTQ+ people. In a statement, Minaj said, “While I want nothing more than to bring my show to fans in Saudi Arabia, after better educating myself on the issues, I believe it is important for me to make clear my support for the rights of women, the LGBTQ community and freedom of expression.”

Presumambly, BTS will receive similar blowback. If they follow through with the show as planned, however, it will mark the group’s 18th date as part of their “BTS World Tour Love Yourself: Speak Yourself” and comes ahead of a pair of hometown gigs in South Korea scheduled for late October. It all comes in support of their recently released album, Map of the Soul: Persona, as well as their recently video game and companion soundtrack, BTS World.