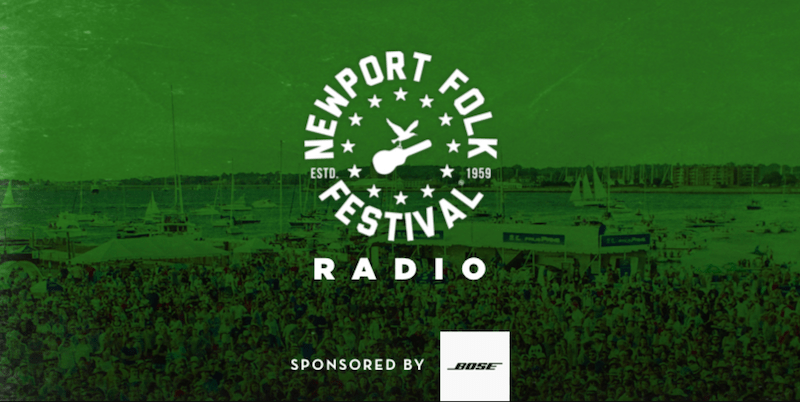 Since its inaugural year way back in 1959, Newport Folk Festival has grown into one of the world’s most venerable music events. Recent years have seen the festival producers challenging the modern definition of folk with eclectic lineups that have put Newport at the top of many fans’ must-see lists. The festival launched Newport Folk Radio in 2015 as a year-round station on TuneIn, curated with music by festival artists past, present, and future — and to get you ready for the 2019 iteration, Consequence of Sound is proudly presenting an exclusive Power Hour on Newport Folk Radio sponsored by Bose.

At noon ET/9:00 a.m. PT on July 24th, CoS will take over Newport Folk Radio on TuneIn for an expertly curated hour of music from some of our favorite artists playing this year’s festival. We’ll be spinning tracks from highly anticipated performers like Sheryl Crow, Trey Anastasio, Portugal. the Man, Jeff Tweedy, Lucy Dacus, and Kevin Morby. What’s more, we’ll introduce listeners to some of the rising talents on the bill such as Nilüfer Yanya, The Nude Party, Jade Bird, and Adia Victoria.

Once your excitement has been properly stoked by our Power Hour, make sure to tune back into Newport Folk Radio OR Consequence of Sound Radio during the weekend of the festival for a live-stream of NFF, sponsored by Bose. TuneIn will be streaming select sets on July 26th-28th, including Tweedy, Jade Bird, Morby, Dawes, Phosphorescent, Lake Street Dive, Gregory Alan Isakov, Black Belt Eagle Scout, and more.

Hit go on the player below now and check back next Wednesday, July 24th at noon ET/9:00 a.m. PT for the exclusive CoS Power Hour. Then tune back in that weekend from July 26th-28th to hear sets live from Newport Folk Festival. And folk on!