The film's director, John Lasseter, recently departed Disney after a sexual misconduct scandal of his own 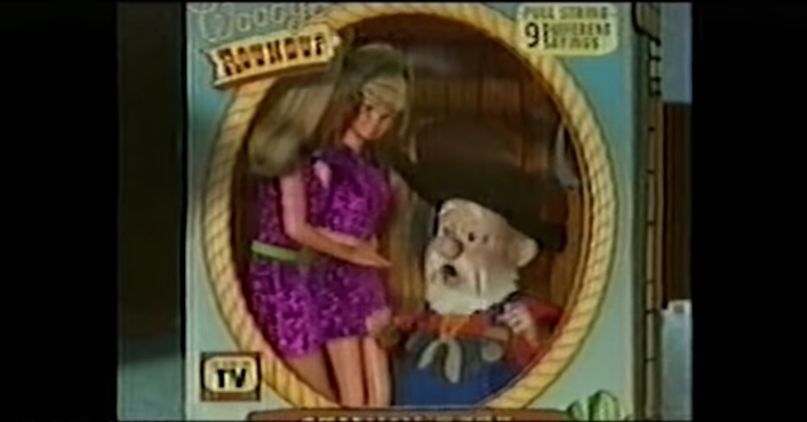 Two years ago, the #MeToo movement went viral, shedding light on the culture of sexual assault and harassment in the workplace. Following the scandal around Harvey Weinstein and a slew of other major players, most folks — save exceptionally garbage humans (hello, Morrissey) — have recognized that Hollywood has overlooked its harassment problem for decades. And for those in doubt that this systemic issue infested all levels of the industry, look no further than the faux blooper reel from childhood favorite, Toy Story 2, which literally illustrated (or rather, animated) the normalized creepiness of men in the film industry.

With Toy Story 4 out last month, Disney has been combing through the archives and cleaning up the franchise’s past installments for digital and Blu-ray re-releases. As pointed out by Rerelease News, the media giant has quietly edited out a less-than-savory clip from the end-credits blooper reel in Toy Story 2, which finds the movie’s antagonist Stinky Pete (voiced by Kelsey Grammer) hitting on two Barbies behind the scenes.

In the scene, Woody turns Stinky Pete’s box, revealing that he has two pink-clad barbies trapped in there iwth him. Before noticing he’s being watched, the miner action figure asks, “And so, you two are absolutely identical?” before letting out a creepy laugh. He follows up, “You know, I’m sure I can get you a part in Toy Story 3,” while grabbing the hand of one of the dolls. Once Stinky Pete realizes he’s “on camera,” his demeanor shifts to one of fright, quickly shepherding the Barbies out of his box and taking a more professional tone about offering the girls acting advice.

Of course, Toy Story 2 was released two decades ago in 1999. At that point, conversations about sexual harassment in the workplace were less prevalent (if we’re being generous) and in many ways taboo. Still, through the cultural lens of 2019, the clip is shocking, especially given that it was inserted into a movie for children. Plus, Toy Story 2 was directed by Pixar’s John Lasseter, who left Disney and stepped down as the head of Pixar amid a sexual misconduct scandal of his own. In this light, the clip takes on an even grosser, almost autobiographical slant that highlights how open “casting couch” behavior was in the past.

Watch the now-removed clip, which starts at 3:29, below.