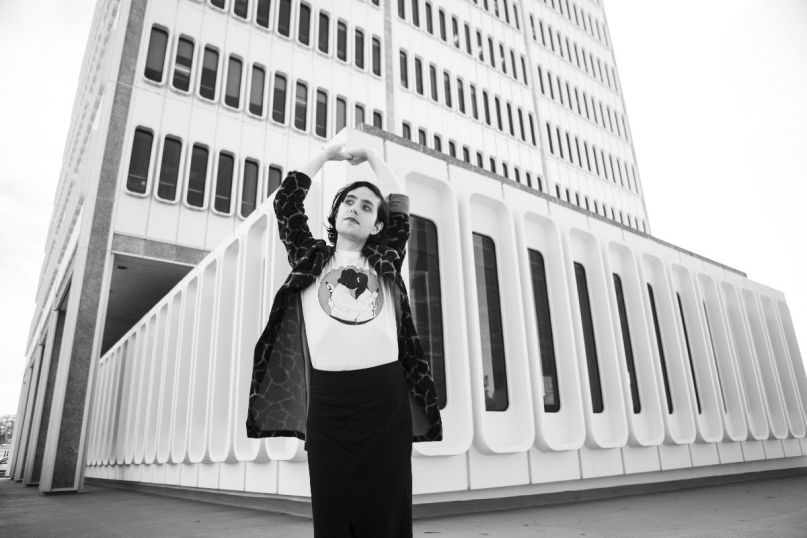 Next month, Ezra Furman will release Twelve Nudes, his follow-up to last year’s Transangelic Exodus. Ahead of the 11-track effort’s release via Bella Union, the indie rocker has shared two new singles, “I Wanna Be Your Girlfriend” and “Evening Prayer”.

Furman described the first song, “I Wanna Be Your Girlfriend”, as “a romantic song of transgender longing.” He continued, “It’s another entry in my series of ‘I Wanna’ songs (in the tradition of the Ramones). I thought it was time we had an ‘Earth Angel’ for the queers. Of course because it’s an Ezra Furman tune, there’s a little bit of desperation, religion and body-talk.” The charming ballad was also released with a captivating video from Alix Spence, which features a couple dancing in a gym auditorium.


Furman also offered his thoughts on the second of today’s tracks, “Evening Prayer”:

“It’s our rallying cry. We music fans go to shows for transcendence; it’s like being called to prayer. But as Abraham Heschel said, ‘Prayer is meaningless unless it is subversive, unless it seeks to overthrow and to ruin the pyramids of callousness, hatred, opportunism and falsehood.’ I want all our fans to become activists. We punk fans have so much energy to give to the fight against injustice, i.e. the abuse of the poor by the rich, i.e. climate change. So this is one to get you in the mood.”

Watch the visual for “I Wanna Be Your Girlfriend” and hear “Evening Prayer” below.