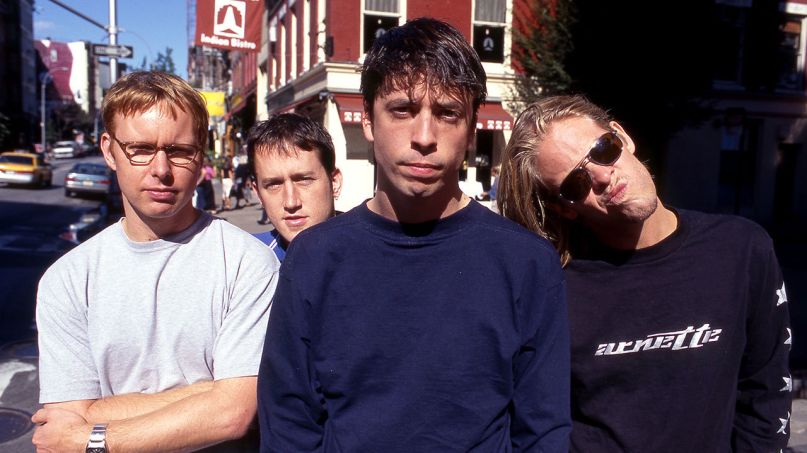 Foo Fighters are giving fans a glimpse inside their vault with the release of a new live EP.

The three-track EP is called 00950025 and consists of “elusive live tracks.” Included are performances of “For All the Cows” and B-side “Wattershed” from the band’s 1995 headlining performance at Reading Festival. The third live recording is of “Next Year” from a concert in Melbourne, Australia in 2000.

The EP appears to be the first entry from a new archival program called “Foo Files”. In a tweet linking to the release, the band wrote, “A good day to take a look in the Foo Files. How about a few elusive Live tracks?…you never know what we’ve got up our sleeves…”

Some fans have also speculated that the release is tied to 25th anniversary of the band’s debut album next year. They point specifically to the EP’s title, which includes the year of the album’s original release (1995) and its numerical anniversary (25).

Along with the release of 00950025, Foo Fighters are solicting content from their fans. On a newly launched web page called “Tell Us Your Foo Fighters Story”, the band writes, “We want to hear about YOU. Did you capture a great photo of your crew at a Foo show? Have a memory tied to a Foo Fighters album or song? Or maybe just want to send a message to the band? Share your Foo Fighters story and include any photos, videos or memorabilia.”

A good day to take a look in the Foo Files. 🧐
How about a few elusive Live tracks? https://t.co/9RXxBRnc1J

We've seen some Reading '95 tweets, officially submit them now (or any FF story you like) here: https://t.co/K0kp4XBaiP

…you never know what we've got up our sleeves… pic.twitter.com/VHFqsPVs1s