Christie, who played Brienne of Tarth, is nominated for Outstanding Supporting Actress in a Drama Series 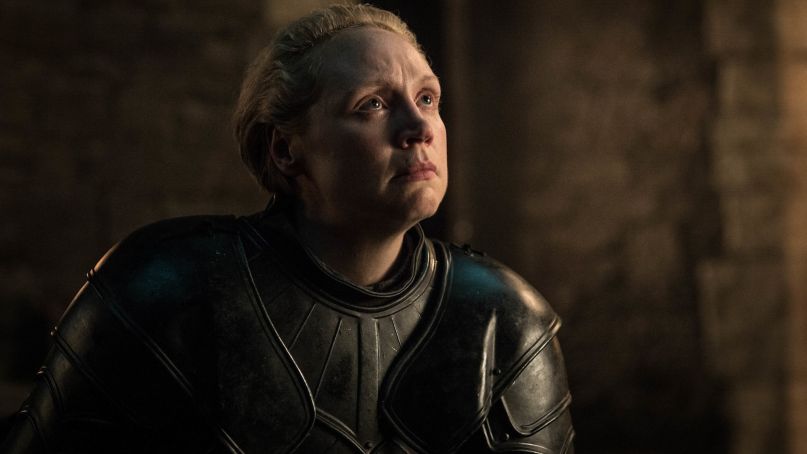 Gwendoline Christie in Game of Thrones

Game of Thrones may have swept this week’s Emmy news with a whopping 32 nominations, but the TV show would have one less nomination if it weren’t for Gwendoline Christie. According to Entertainment Weekly, the Brienne of Tarth actor submitted herself for her Emmy nomination — and actually got it.

HBO submitted the majority of its main actors for Emmy nominations this year, but overlooked several, possibly by the sheer size of the cast. As such, Christie decided she should submit her name for a Outstanding Supporting Actress in a Drama Series nomination. It seems she wasn’t the only one to think she deserved the spot given she just got that Emmy nomination. Christie is joined by three Game of Thrones coworkers in the Outstanding Supporting Actress in a Drama Series category: Lena Headey, Sophie Turner, and Maisie Williams.

There’s plenty to celebrate when it comes to the Game of Thrones nominations this year, including Kit Harrington and Emilia Clarke, both of whom received their first leading acting nominations after eight seasons on the show. And when it comes to self-promotion where promotion is deserved, Christie is in good company. Alfie Allen, who played Theon Greyjoy, also submitted himself for consideration for Outstanding Supporting Actor in a Drama Series and got the nomination. Carice van Houten, who played Melisandre, submitted herself for consideration for Outstanding Guest Actress in a Drama Series and got the nomination, too.

By racking up 32 Emmy nominations this 2019 awards cycle, Game of Thrones broke records for the most Emmy nominations for a single show in one year. According to Nikolaj Coster-Waldau, those nominations validate the turns the script took in the show’s final season. “The only thing I can say is you don’t get this many actors nominated with bad writing,” he recently said in an interview. “It just does not happen.”

The full list of nominees this year is pretty wild, so expect the actual Emmys to be an entertaining ride. The 2019 Emmy Awards takes place on Sunday, September 22nd at the Microsoft Theater in Los Angeles. The live broadcast kicks off on Fox starting at 5 p.m. PT/ 8 p.m. ET.

HBO didn't submit Gwendoline Christie for an Emmy so she submitted herself and got a nomination.

Be your own biggest cheerleader.