It's their first new song in two years 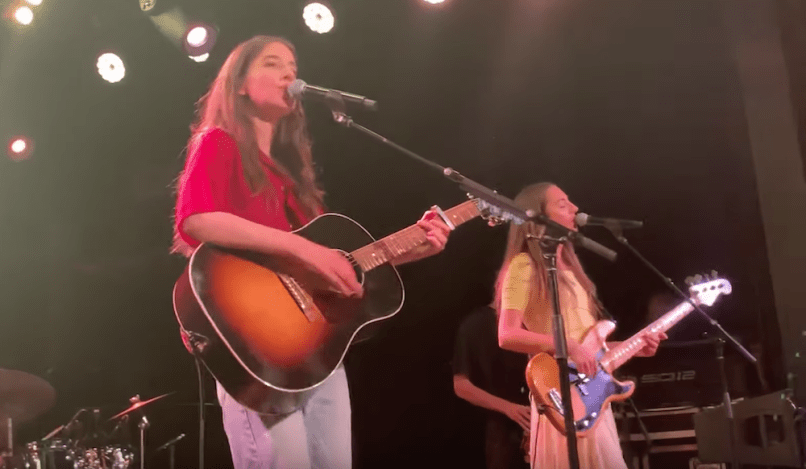 “Summer Girl” starts off with a buoyant drum beat and a smooth bass line, the two of which eventually make way for some saxophone, upright bass, and the group’s gentle coos. It’s a pretty relaxed, minimalist sound for a band that got famous making ’80s-indebted pop. Who would’ve guessed their new single would sound more like Yo La Tengo than Fleetwood Mac? Perhaps HAIM were inspired by Lou Reed’s simpler hits, given Danielle Haim shouts him out at the start of the clip.

HAIM are headlining Pitchfork Festival this upcoming weekend. It’s safe to assume they will perform “Summer Girl” there to a much larger crowd. Until then, watch them perform it live below.

It’s nice to see HAIM writing songs of their own given the collaboration streak they’ve been on lately. In the past few months alone, HAIM have contributed to new works by The Lonely Island, Vampire Weekend, Gesaffelstein, and even Howard Stern.

HAIM released their sophomore album, Something to Tell You, back in 2017. Hopefully new music is on the way. If their between-album periods are any indication, though, we may have to wait a few more years given their debut album, Days Are Gone, came out in 2013.