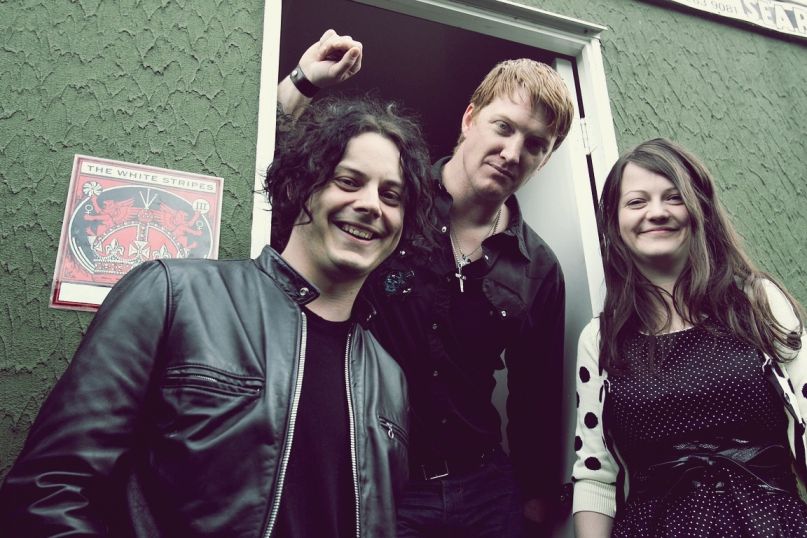 The White Stripes with Josh Homme

Rock fans are in for a real treat as the latest episode episode of Josh Homme’s Alligator Hour radio show features Jack White.

Over the course of the hour-long episode, the two larger-than-life rock figures engage in a free-wheeling conversation that touches on a variety of different topics, including childhood memories, identity politics, passive language, hipsters vs. hillbillies, mob mentality, click-bait journalism, the lack of an “anti-scene” in music, dealing with fan expectations, inner growth, and more.


Though they’ve never collaborated in an official capacity, it’s apparent that Homme and White have a real connection. On more than a few occasions, their chat is derailed by goofy, borderline nonsensical ad-libbing and inside jokes. There’s a running bit in which White yells for coffee, and towards the end of their convo, White wonders why people are always asking them to fight. “People bring this up all the time,” Homme remarks. In reality, Homme explains, “We have the opposite of a rivalry. When I went to your birthday, we were on the same [baseball] team.” After White points out that they “turned a double play,” Homme adds, “And when we were playing b-ball, I was like, ‘I want Jack!’ We naturally partner up. So I move we fight the other people in a staring contest.”

Listen to the full episode here.

On another recent episode of Alligator Hour, Homme welcomed Dave Grohl as a special guest. Meanwhile, White is out on tour with The Raconteurs in support of the band’s first new album in 11 years, Help Us Stranger.