At least 33 dead in arson attack on Japanese anime studio 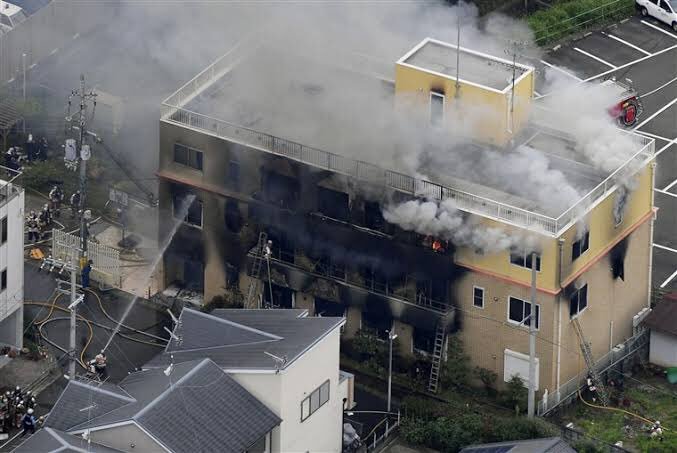 At least 33 people were killed in an arson attack on the Kyoto Animation studio in Japan on Thursday morning. Another 36 people were injured.

According to the New York Times, a 41-year-old man walked into Kyoto’s 1st Studio Building in Fujimi Ward, Kyoto City shortly after 10:00 a.m. local time and poured gasoline around the building before setting it on fire. Tragically, the fire spread quickly due in part to the abundance of paper used by animators.

The suspect was arrested by police and taken to a nearby hospital, where he was treated for injuries. A motive is unclear, but it’s believed that he has no connection to the studio. Witness told police that he entered the studio screaming, “Die!”

Kyoto Animation is behind many popular anime movies and series, including K-ON!, Violet Evergarden: The Movie, Full Metal Panic, Clannad, and A Silent Voice: The Movie.

Footage from the scene of the fire can be seen below:

DEVELOPING: A Japanese fire official says at least 23 people are confirmed or presumed dead in a suspected arson at a popular animation production studio in Kyoto. 36 others have been injured, some of them critically. https://t.co/eQtGDD0Kl7 pic.twitter.com/Mmfkd8BYPo