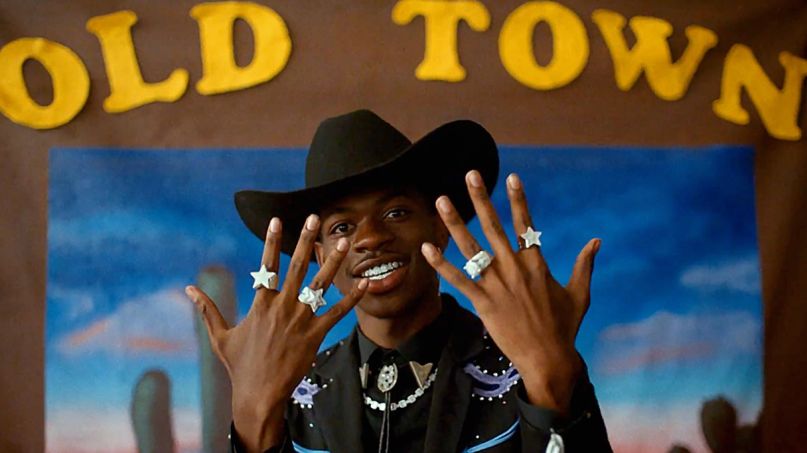 As of today, the viral smash has spent 17 weeks at No. 1, topping the record previously held by Mariah Carey and Boyz II Men’s “One Sweet Day” as well as Luis Fonsi, Daddy Yankee, and Justin Bieber’s “Despacito”.

“Old Town Road”, which was produced by YoungKio based on a sample of Nine Inch Nails’ “34 Ghosts IV”, was originally released independently in December 3rd, 2018. The song initially gained popularity after becoming the “Yeehaw Challenge” meme on TikTok, and in March 2019, Lil Nas X signed to Columbia Records.

In June, Lil Nas X released his debut 7 EP. Two of its tracks, “Panini” and “Rodeo” featuring Cardi B, each cracked the top 25 on Billboard’s Hot 100, while the EP itself reached No. 2 on the Billboard 200 album charts.