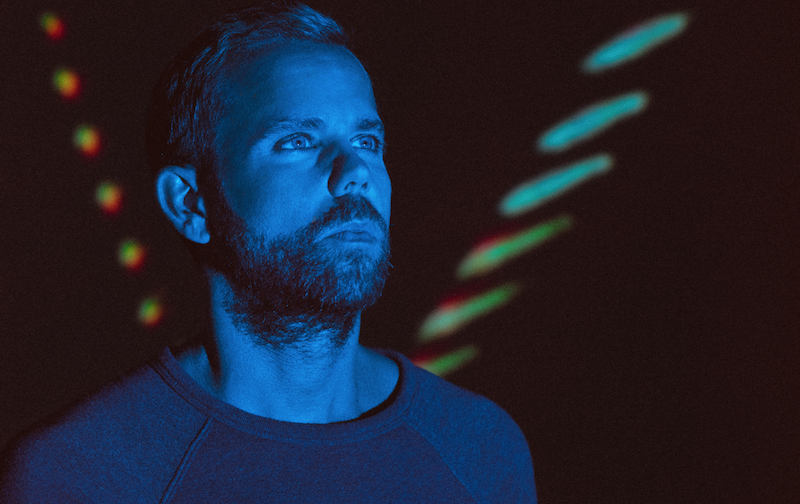 Due out September 20th via Mute, DSVII is a much more deliberate project than Vol. 1. As Gonzaelez explained in a press release, “I wanted to come back with something stronger that featured the depth of a proper studio album without the pressure of providing pop music – faraway from Hurry Up, We’re Dreaming and Junk.” In fact, he’d been left unsatisfied by the fan reaction to 2016’s Junk, and not entirely creatively fulfilled by his involvement in Cique du Soleil’s VOLTA.

His solution was to abscond to Cap d’Antibes in France for five months in 2017. Spending his time relaxing with some classic pastimes, Gonzalez found the spark he was looking for:

“I mainly spent my time swimming in the Mediterranean Sea, reading, watching films and playing ‘80s video games. The inspiration behind this record is mainly video game music. It felt so refreshing to play all of these old school games again. There is something so naive and touching about them. It’s simple and imperfect. And this is exactly what I tried to achieve with DSVII.”

In an accompanying list of references, Gonzalez mentions games like The Legend of Zelda, Final Fantasy, and Solomon’s Key; music from Brian Eno (Discreet Music), Suzanne Ciani (Seven Waves), and Wendy Carlos (Switched-On Bach); and films like Wolfgang Petersen’s The NeverEnding Story, Don Coscarelli’s Phantasm, and John Carpenter’s In the Mouth of Madness. Sessions took place at his own Los Angeles studio as well as at the Glendale space of his M83 collaborator Justin Meldal-Johnsen, all using analog equipment.

Pre-orders for the effort are going on now. Find the full DSVII tracklist and album art below, followed by Gonzalez’s complete list of inspirations.