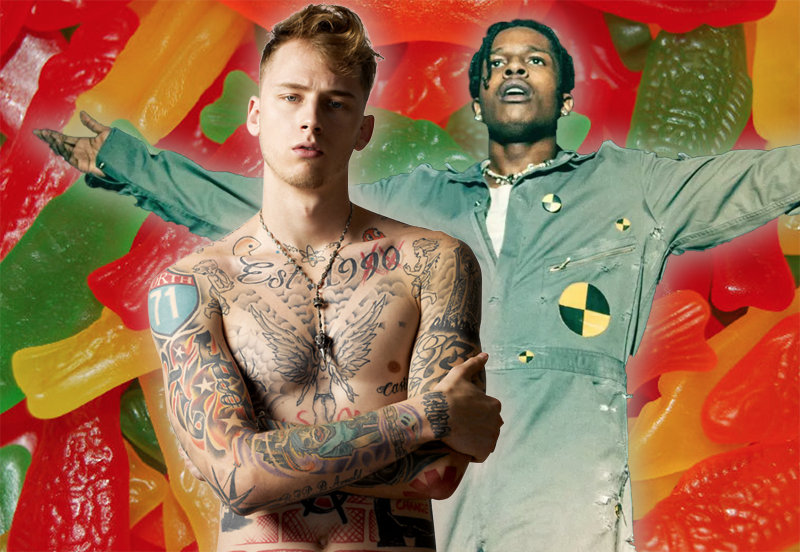 ASAP Rocky’s trial on assault charges began in Sweden on Tuesday. The rapper has plenty of fans pulling for him from afar, from the #JusticeForRocky campaign to Kanye and Kim Kardashian enlisting Trump to plead with (read: insult) Swedish officials. Now, Machine Gun Kelly has suggested a new way to support the Free ASAP movement: boycott Swedish Fish.

To be fair, the idea didn’t really come from the Hotel Diablo rapper. As Vice points out, a TMZ reporter caught up with MGK and asked if he would “boycott any of the Swedish products” in protest of ASAP’s indictment. The cameraman listed Swedish Fish along with Ikea and Spotify, and while Machine Gun Kelly was hesitant about badmouthing the streaming service, he did say, “F*ck Swedish Fish, man.”

Unfortunately, such a move would be like the whole freedom fries embarrassment during the Iraq War; fries aren’t actually French, and at this point, Swedish Fish aren’t actually Swedish. Though they were invented by Swedish confectionary brand Malaco in the ’50s, the gummy candies are now made by American company Mondelēz International. What’s more, production takes place in factories located in Ontario, Canada and Turkey.

Look, we’re all for #JusticeForRocky, but let’s leave Swedish Fish in the scaly yellow bags where they belong, shall we? At least Machine Gun Kelly wasn’t threatening terrorism.

ASAP Rocky has been held in Sweden for nearly a month. Last week, he was indicted on assault charges stemming from a street fight occurring in Stockholm. After video of the brawl emerged, ASAP’s team released their own footage that showed the rapper and his security attempting to walk away from the accusers, only to be dogged by the two men. At one point, a woman is heard telling ASAP Rocky and his crew that the two guys harassing them had groped her and her friend.

Stockholm public prosecutor Daniel Suneson has said he has evidence that contradicts ASAP’s version of events. During the opening day of the trial, 19-year-old Mustafa Jafari told the court, “We did not want to fight. I said to them I was a nice guy, not a bad guy. I did not touch any of these three.” ASAP takes the stand on Thursday.