When a Festival Is Defined by Its Name: Mad Cool 2019 Review

The top 10 performances Consequence of Sound caught in Madrid

by Ben Kaye and Adam Kivel 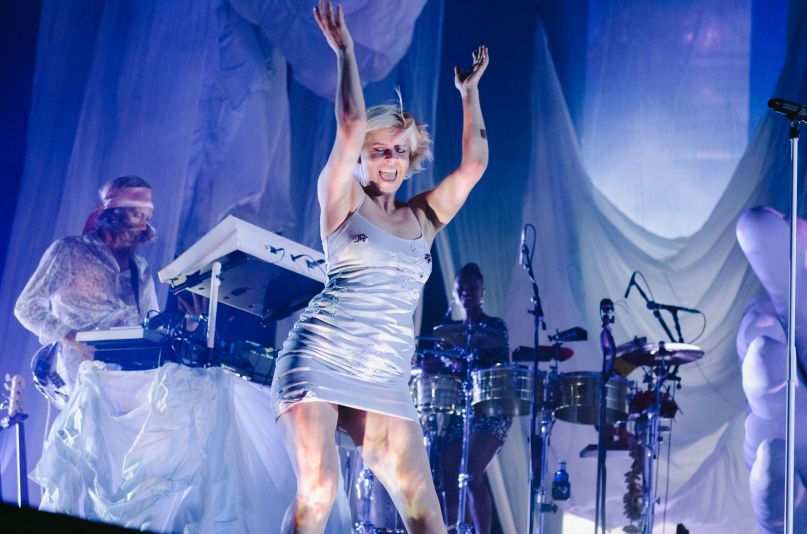 It’s not entirely a fair proposition to compare American festivals to European ones like Madrid, Spain’s Mad Cool. The cultures and tastes are obviously distinct, so it’s no shocker that their music scenes produce different types of events. What this does for an outsider, though, is create a unique opportunity to break out of the US’ increasingly homogenous fest circuit. From the top of the alt-rock-heavy lineup down to the most minor experiential activity, Mad Cool 2019 offered a refreshing respite from the sameness so often complained about on the other side of the Atlantic.

To be sure, there was plenty of familiarity between larger North American festivals and this comparatively compact Spanish one. You have your live art installations, your giant ferris wheel, your branded activations from HBO and Sephora. But when was the last time you saw bumper cars crashing into each other in the middle of a music event? Or beer servers carrying backpack kegs ready to pour you a pint wherever you bump into them? Or grounds completely covered in comfortable, clean astroturf? Choices like that are just some of the signs that Mad Cool is operating on a different playing field than similar events over here.

Perhaps the distinction that stands out the most is the hunger of the audience. Without painting with too broad a generalizing brush, the Mad Cool crowd was seemed to have a level of consideration and control that doesn’t feel like the norm back home. Fans were clearly there to enjoy the music, paying as much respect to their fellow attendees as the performers. Even during less well-attended sets, the audiences were attentive and energetic like a musician’s dream.

Mad Cool put together an experience to foster that attitude. Constantly engaging and fan-friendly, it never felt overcrowded and always felt lively. It’s the type of place where a music fan wants to have a good time, and where it’s hard not to. Especially when you have a lineup that produces performances like the 10 that follow here. These were the best sets we saw at 2019’s Mad Cool, and the type of experiences that will have us looking forward to 2020.

Editor’s Note: Consequence of Sound was an official media partner of Mad Cool 2019