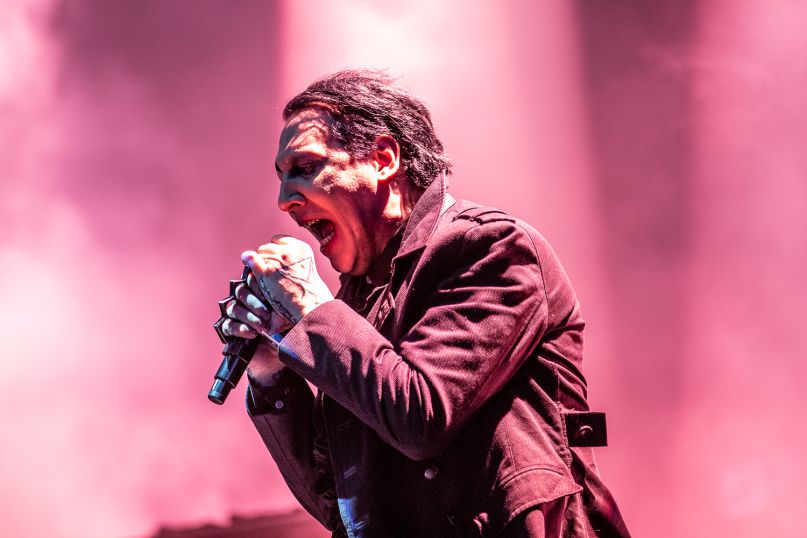 Marilyn Manson will soon fear the wrath of Captain Trips. In a new interview with Revolver, the veteran rocker confirmed his involvement with CBS All Access’ forthcoming miniseries adaptation of Stephen King’s The Stand.

“Shooter [Jennings} and I did a cover of ‘The End’ by the Doors for a new miniseries of The Stand by Stephen King, ” he shared, adding, “which I’m also going to be acting in.”

“The End” makes sense, and could possibly play over the introduction, similar to the way Blue Oyster Cult’s “Don’t Fear the Reaper” did in Mick Garris’ 1994 miniseries adaptation. However, who could Manson be playing? It’s unlikely he’ll be musician Larry Underwood. Doubtful he’s Randall Flagg. Maybe the Monster Shouter? Hmm.

What we do know is that the rumored cast turned out to be true: James Marsden will play Stu Redman, Amber Heard will play Nadine Cross, Whoopi Goldberg will play Mother Abigail, Greg Kinnear will play Glen Bateman, Odessa Young will play Frannie Goldsmith, and Henry Zaga will play Nick Andros.

Published in 1978 and updated in 1990, the 1,200 page tome takes place in a world ravaged by an unstoppable plague, where the survivors are caught in an elemental struggle between good and evil. There are those who follow the prophetic wisdom of 108-year-old Mother Abagail, and there are those who follow the lead of the eternally evil Randall Flagg.

As previously reported, CBS All Access has ordered 10 episodes for the limited-series run. Writer and director Josh Boone is currently amidst pre-production, so we can expect to hear more casting in the weeks ahead.

Subscribe to our weekly Stephen King podcast, The Losers’ Club, to stay tuned for further developments. Below, you can stream their exhaustive review on Mick Garris’ 1994 miniseries, which includes an interview with both Garris and composer W.G. Snuffy Walden.