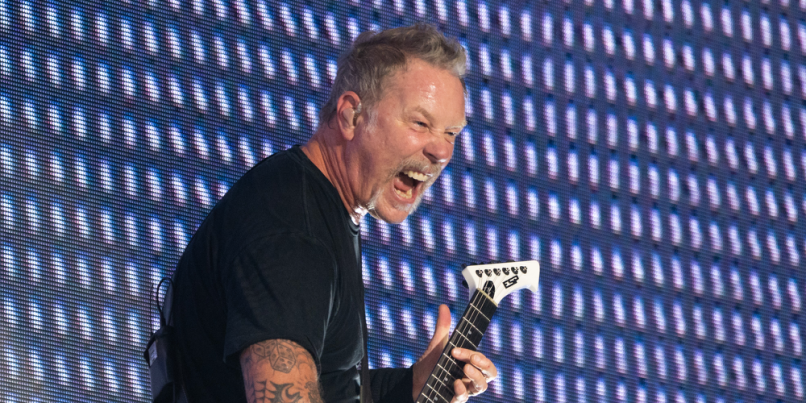 Live Nation has acknowledged that it, at times, has facilitated the transfer of concert tickets directly into the hands of resellers at the request of certain artists.

The recording dates back to February 2017, shortly before the launch of Metallica’s “WorldWired Tour” in North America, and hears DiCioccio asking Roux to set aside a portion of tickets so that they could instead be sold on the secondary market.

“After seeing the volume of secondary transactions for that show and the benefit being captured by brokers, the independent consultant [DiCioccio] worked with Live Nation on a unique distribution strategy that used the secondary market as a sales distribution channel for select high-end tickets,” Live Nation said in a statement.

According to Billboard, the parties agreed to a deal that saw Metallica and LiveNation each receive 40% of resale revenue. The remaining 20% was split between DiCioccio and Millette.

Under the terms of the deal, 4,400 tickets per show (88,000 total) were set aside and placed on the secondary market. Millette himself was given access to 2,640 premium tickets as well as 1,780 “troubled” seats that seemed harder for Live Nation to move.

On their call, the executives discussed ways to keep their deal under wraps, including registering a separate email address to transfer the tickets to, and making it seem as though the tickets were being held for sponsors.

Millette ultimately lost money on the deal, even though the tour itself grossed $111 million, according to Billboard. In a bid to mitigate his losses, Millette didn’t return some of the sales revenue he earned, a move that irked DiCioccio and Metallica. Later, he emailed a recording of his conversation with Roux and DiCioccio to Live Nation, which was subsequently leaked to Billboard.

The following year, Metallica again partnered with Live Nation to sell tickets on the secondary market, this time sans the participation of Millette.

Representatives for Metallica told Billboard that the band members themselves were not aware of DiCoccio’s dealings with Live Nation. However, as of today, he “is still employed directly by the group,” working as a “ticketing consultant.”

In a statement to Billboard, Live Nation said it “does not distribute tickets on any platform without an artist’s explicit approval.” The company also noted that such deals are rare and have “declined virtually to zero” since the implementation of new tools, such as “dynamic pricing, platinum seats and VIP packages have proven to be more effective at recapturing value previously lost to the secondary market.”