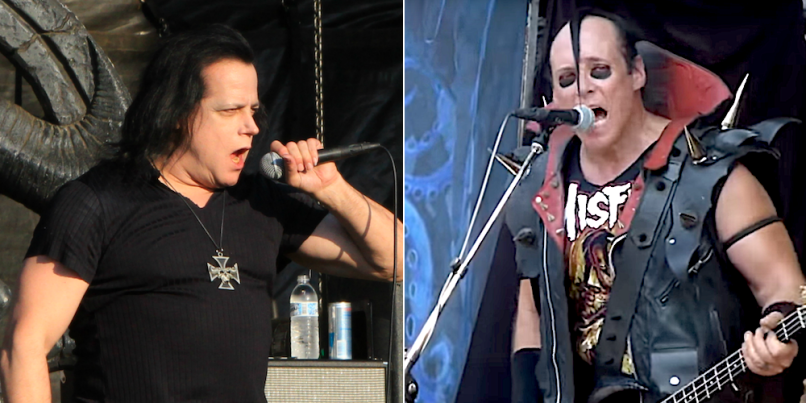 The Original Misfits are coming to “The World’s Most Famous Arena”, as the iconic horror-punk band will play the renowned New York City venue this fall. Making the show even more special, fellow punk legends Rancid and The Damned will provide support.

The concert will take place October 19th and will mark the band’s 12th show overall since reuniting in 2016. That number is significant because it was recently revealed that the band was only required to play a minimum of 10 shows as part of a legal settlement between singer Glenn Danzig and bassist Jerry Only.


The Original Misfits’ lineup is comprised of Danzig, Only, guitarists Doyle Wolfgang Von Frankenstein and Acey Slade, and drummer Dave Lombardo. Prior to 2016, classic members Danzig, Only, and Doyle hadn’t all shared the stage together since 1983.

In addition to the Madison Square Garden show, the Original Misfits were recently added to the upcoming Psycho Las Vegas festival, after Megadeth had to bow out due to frontman Dave Mustaine’s battle with throat cancer. They also recently booked a September 11th show at Oakland’s Oracle Arena, after previously announcing shows near Denver (September 7th) and Seattle (September 14th).

In a recent interview with radio host Full Metal Jackie, Danzig revealed that these upcoming concerts could be the last chance to see the Original Misfits. “We just want to make each event special,” he said. “We’re not gonna do many more.”

The Madison Square Garden concert is being billed as a “hometown Halloween” show, with the Misfits having formed in nearby New Jersey and having played their first shows ever at New York City’s CBGB. As mentioned in the tweet below, pre-sales for the MSG show begin on July 16th with the code MSG138.