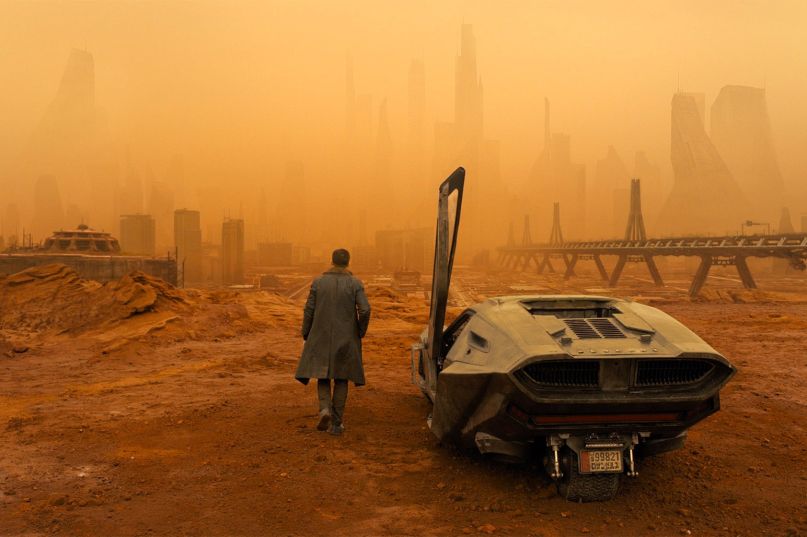 Hans Zimmer and Benjamin Walfisch’s Blade Runner 2049 score is getting the Mondo treatment. The company has announced its reissuing the epic 2017 score as an exclusive for San Diego Comic-Con this year. However, they’ve also kept the outsiders in mind.

Featuring artwork by Viktor Kalvachev, and produced by Michael Hodges, Ashley Culp, and Kayla Morrison, the 2XLP will be split into two incarnations. For Comic-Con, 500 copies will be pressed on to clear vinyl that’s white and blue on one LP and opaque orange on the other. A teal and pink webstore version will follow.

Those attending Comic-Con will want to head to their booth (No. 435) beginning Wednesday, July 17th to grab the exclusive. Any remaining copies will be sold online alongside the webstore version at a later date. The odds aren’t exactly in your favor.

If you recall, Consequence of Sound named Hans Zimmer their Composer of the Year in 2017. At the time, both Zimmer and Walfisch spoke at great lengths about illustrating all the sounds for Denis Villeneuve’s sequel, which the site named the top film of that year.

“The sound of the movie came about because of the way the movie looked,” Zimmer explained. “The cinematography was like a filter to the synthesizer. It was as much a part of how to approach the sound as anything else. There was no way that with those images that I would have known how to make it work with an orchestra.”

“This is a movie that basically outright rejected the orchestra,” Walfisch echoed his sentiments. “There were a few cues where we used strings here and there, but even that just got less and less, to the point where there was just about one minute, and then that went away. It was actually very organic.

Revisit the full interview here and take a gander below at the reissue’s beautiful artwork.