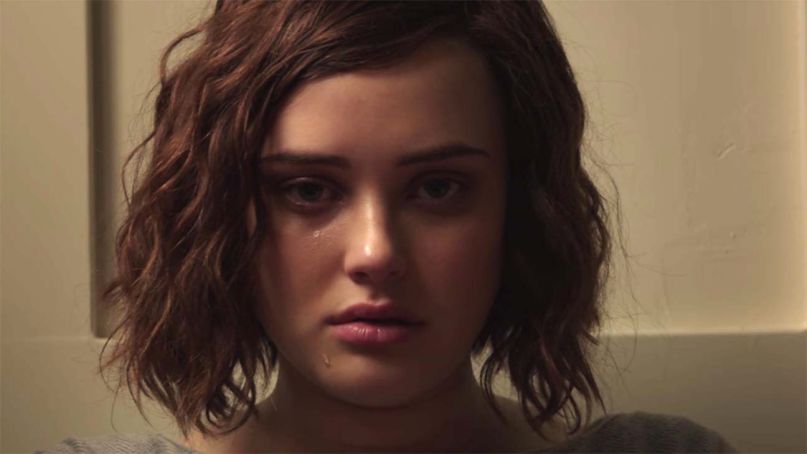 Netflix has edited the controversial scene from 13 Reasons Why in which Hannah Baker (Katherine Langford) commits suicide. The change comes over two years since the season one finale debuted.

In the original scene, which clocked in around three minutes, Hannah’s final moments unfold in excruciating detail: assessing her life in the mirror, relocating to the bathtub, cutting her wrists, gasping for air, and then her parents finding her covered in blood. The new scene sees Hannah staring into the mirror and then immediately turns to her parents reaction.

“We’ve heard from many young people that 13 Reasons Why encouraged them to start conversations about difficult issues like depression and suicide and get help — often for the first time,” Netflix said in a statement today. “As we prepare to launch season three later this summer, we’ve been mindful about the ongoing debate around the show. So on the advice of medical experts, including Dr. Christine Moutier, chief medical officer at the American Foundation for Suicide Prevention, we’ve decided with creator Brian Yorkey and the producers to edit the scene in which Hannah takes her own life from season one.”

The decision to alter the scene has drawn support from the American Association of Suicidology, the American Foundation for Suicide Prevention, the American School Counselor Association, Dr. Helen Hsu of Stanford University, Mental Health America, The Trevor Project, and Dr. Rebecca Hedrick of Cedars-Sinai.

In the past, the show’s creators refuted studies that linked an increase in suicide to the TV show. There’s not a shortage of studies, either. Several months after the show aired in 2017, a study published in JAMA Internal Medicine found that the show may have triggered suicide-related online searches. Ahead of season two, Netflix then commissioned a global research study through Northwestern University exploring how teens and parents responded to the show. Nearly two thirds of the responses felt the series was authentic and the intensity of the show was appropriate.

“It was our hope, in making 13 Reasons Why into a television show, to tell a story that would help young viewers feel seen and heard and encourage empathy in all who viewed it, much as the best-selling book did before us,” Yorkey added in a statement today. “Our creative intent in portraying the ugly, painful reality of suicide in such graphic detail in season one was to tell the truth about the horror of such an act and make sure no one would ever wish to emulate it. But as we ready to launch season three, we have heard concerns about the scene from Dr. Christine Moutier at the American Foundation for Suicide Prevention and others, and have agreed with Netflix to re-edit it. No one scene is more important than the life of the show and its message that we must take better care of each other. We believe this edit will help the show do the most good for the most people while mitigating any risk for especially vulnerable young viewers.”

Season one ran Beyond the Reasons, a 30-minute PSA with cast, crew, and psychologists about how to get help when struggling with suicidal thoughts, immediately following the finale. Barely a month after the show’s debut, Netflix increased the trigger warnings to include a warning card at the start of the show, indicating graphic content and linking to 13ReasonsWhy.info — a resource center with information for various support outlets worldwide. Then, following the study results, Netflix added a custom introduction to each season.

Supposedly the change in the suicide scene has nothing to do with the upcoming third season of 13 Reasons Why. The third season will not feature another scene depicting a suicide, according to The Hollywood Reporter.

This isn’t the first scene Netflix has had to edit, either. In March of this year, they removed and replaced a scene in Bird Box that included real footage of a Canadian train disaster that killed 47 people. It turns out enough backlash can do the work that advisors should have noted in the first place.