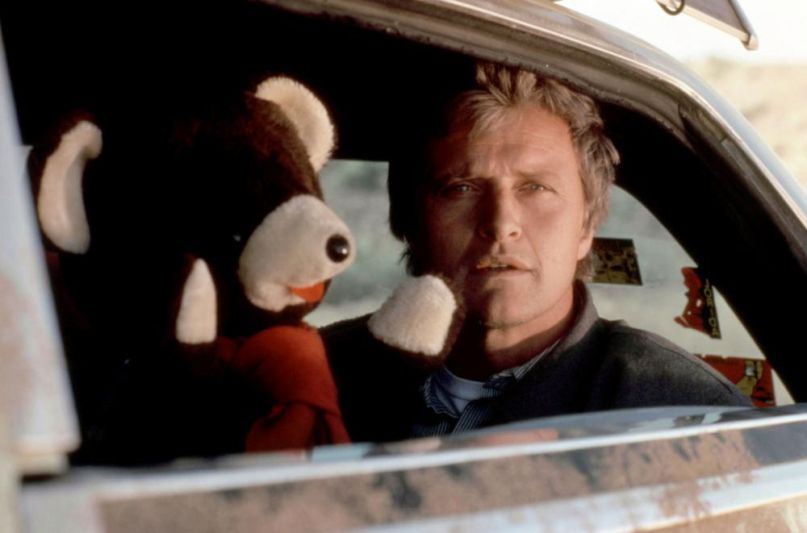 Rutger Hauer, the legendary Dutch actor who delivered iconic roles in 1982’s Blade Runner, 1985’s Ladyhawke, 1986’s The Hitcher, and countless more films, passed away on July 19th in his Netherlands home. He was 75.

According to Variety, Hauer’s agent, Steve Kenis, confirmed the news and said that Hauer’s funeral was held Wednesday.

Born on January 23rd, 1944 in Breukelen, The Netherlands, Hauer was born to a large family with two parents who taught drama. After finishing his high school diploma, he eventually enrolled in the Academy for Theater and Dance in Amsterdam.

Although his studies were interrupted after being drafted in the Royal Netherlands Army, Hauer eventually joined an experimental troupe, where he developed his craft for five years before catching the eye of director Paul Verhoeven in 1969.

Verhoeven would cast him in his medieval action TV series Floris. The casting evolved into a working relationship, one that would persist throughout the ’70s, specifically on 1973’s Turkish Delight, 1977’s Soldier of Orange, and 1980’s Spetters.

Although he had made a minor splash with English audiences in 1975’s Wilby Conspiracy, Hauer truly broke through with his villainous turn in 1981’s Nighthawks opposite Sylvester Stallone. This opened the door for a series of landmark projects.

The first, of course, being 1982’s Blade Runner. As Roy Batty, Hauer delivered one of the more nuanced and complex villains of the ’80s in Ridley Scott’s groundbreaking sci-fi epic, solidifying his face and name amongst fans of the genre forever.

Throughout the ’80s, Hauer added more iconic roles to his resume, particularly as Etienne of Navarre in Richard Donner’s Ladyhawke and the haunting titular villain in The Hitcher. In an alternate universe somewhere, he even played RoboCop.

The ’90s saw Hauer indulging in a number of thrillers. However, he notably flexed his comedic muscles in 1992’s Buffy the Vampire Slayer opposite Kristy Swanson and Donald Sutherland, while also appearing in countless commercials for Guinness.

Towards the latter half of his career, Hauer popped up in a handful of critical darlings, from 2003’s Confessions of a Dangerous Mind, to a double-dose in 2005 with Sin City and Batman Begins, to a recurring role in HBO’s True Blood.

Hauer is survived by his second wife of 50 years, Ineke ten Cate, and a daughter, actress Aysha Hauer, from his marriage to Heidi Merz.