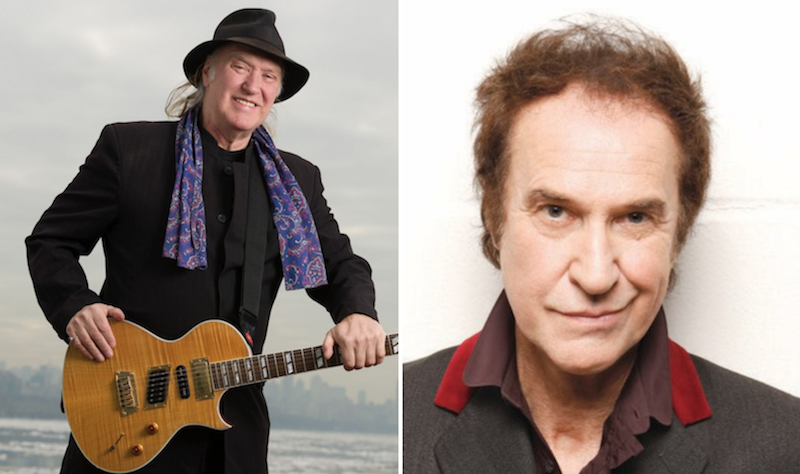 It seems like once a year for the last decade there’s been talk of The Kinks reuniting. So while we’re wont to take any such chatter with a grain of salt at this point, it appears we really are closer than ever to the band officially reforming. It turns out formerly feuding siblings Ray and Dave Davies have actually been in the studio recording new music together for some time.

In an interview with Rolling Stone, Dave Davies said he and his brother have been producing fresh demos “for a couple years.” As they’ve been digging through their personal archives to fill out special releases like the forthcoming 50th anniversary edition of Arthur (Or the Decline and Fall of the British Empire), the classic rockers have stumbled upon a number of unused tracks, which they’ve gone on to revisit in new sessions.

“We keep going backwards and listening to a lot of old stuff. Some of that is very good, and some of it needs a bit of work,” Dave said. He added, “Some we recorded but never used. Others don’t have finished vocals or they need other embellishments.”

Along with fresh takes on those older songs, Dave revealed the group has also been working on new compositions from Ray. Joining them in the studio have been original Kinks drummer Mick Avory, as well as his replacement Bob Henrit, who was with the group from 1984 until they broke up in 1996. The only thing that’s missing is a bassist. Founding bass player, Pete Quaife, passed away in 2010, while Jim Rodford, who was with the band from 1978 until their split, died last year.

“The songs are really just in demo form now,” Dave explained, implying that more formal recording sessions would need to happen before anything was released. “But good demos. Ray is still dissecting various other material we might use. The intention is to get the work out, but it’s not a done deal.”

(Read: Kick Out the Jams: How the Music of 1968 Mirrored the Year’s Revolutionary Spirit)

The years since The Kinks broke up haven’t been completely devoid of unheard material, though none of it has been strictly “new.” A number of 50th anniversary collections, such as last year’sVillage Green box set, have been filled with previously unreleased songs. With the Arthur box expected out in October, perhaps we’ll finally hear some of these new recordings.

All of this reunion noise really gained traction in 2015 when Ray and Dave took the stage together for the first time in 20 years. Asked by RS about the chances of a full reunion tour, Dave offered nothing but a hopeful tease: “Interesting question. I really don’t know. I think its possible. It’s not out of the question. But at this stage, it’s far too early to say. It would be fun though, wouldn’t it?”