Red Hearse play it cool during their TV debut on Fallon: Watch

Jack Antonoff's new supergroup shined with a performance of "Half Love" 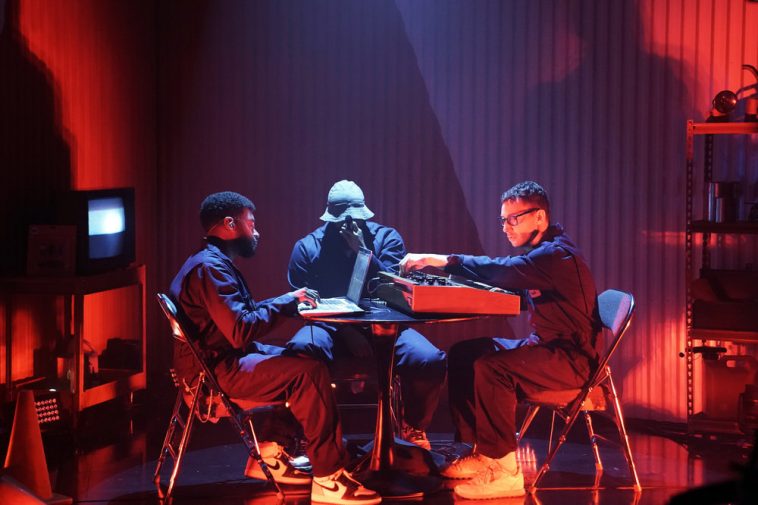 Red Hearse made their TV debut on The Tonight Show Starring Jimmy Fallon on Monday. The performance arrived barely a month after the alt-pop supergroup was revealed, combining the songwriting and production chops of Jack Antonoff, Sam Dew, and Sounwave.

The trio may only have three songs to their name at the moment — “Red Hearse”, “Honey”, and “Half Love” — but they performed the latter with plenty of seasoned confidence onstage. Then again, maybe that shouldn’t come as a surprise given each member’s extensive experience in other projects before now.

For the entirety of their performance, Antonoff, Dew, and Sounwave sat positioned at a small table, Antonoff’s synth and Sounwave’s MacBook constructing the underlying beat to accompany Dew’s smooth vocals.

Watch a replay of their Fallon debut below.

No word yet on exactly when the band will release their debut album, but it should be sometime this summer. So in the meantime, revisit their chilling “Half Love” music video starring none other than Annie Clark of St. Vincent.