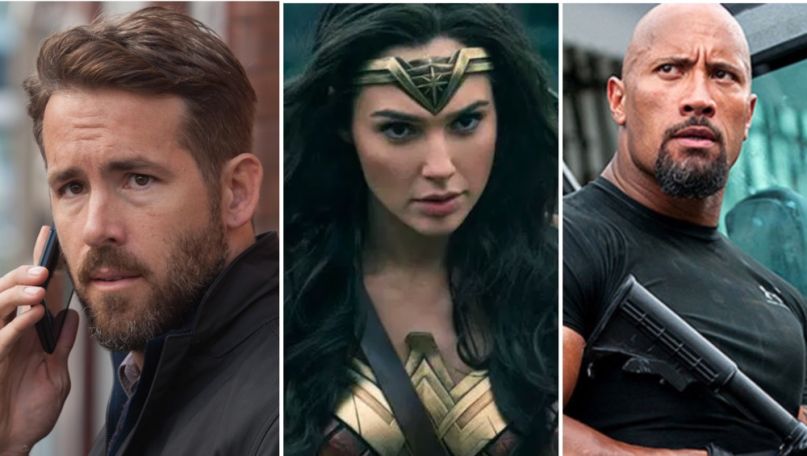 Even more stars are aligning at Netflix. Deadline reports that Ryan Reynolds, Dwayne Johnson, and Gal Gadot have all signed on to star in the globetrotting epic heist film, Red Notice. Directed and written by Rawson Marshall Thurber, the film is “an international action thriller centered around the pursuit of the most wanted art thief in the world.”

The project is a coup for Netflix, who snagged the title away from Universal in a “ferocious bidding war” after essentially opening up their bank account to the talent involved. No, seriously: As Deadline points out, Netflix committed to a production budget in the $130 million dollar range, making this one of their biggest feature film packages to date.

“Rawson wrote a spectacular globetrotting action-adventure film,” said Netflix’s Head of Film Scott Stuber. “We can’t wait to bring this story and this Dream Team of movie stars, Dwayne, Ryan and Gal, to audiences around the world.”

Johnson echoed those sentiments in a statement, “The fun we’re gonna have making Red Notice, but more importantly — the fun the worldwide audience will have watching it in 190+ countries — all at the same moment.”

While this marks the first big Netflix project for Johnson and Gadot, Reynolds is already involved with the streaming conglomerate. He’s about to head into production with Michael Bay’s 6 Underground, which will also soon crash into your living room.

In the meantime, there’s no shortage of original blockbusters on Netflix.