Sebastian Bach: I feel like I’m “one of the last people” not to use pre-recorded tapes onstage 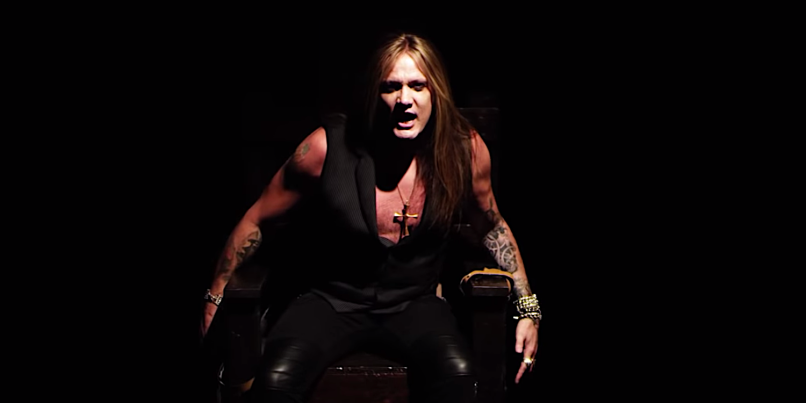 When Sebastian Bach recently announced his upcoming tour in which he’ll perform Skid Row’s 1989 self-titled debut album in its entirety, he interestingly made a point in the press release to state, “This concert is 100-percent live in every way! All real! All the time! No tapes! No fakes!”

There has been a lot said lately about rock artists utilizing backing tracks in concert, most of which is done without disclosing to their audience that they are doing so. In our main interview with Bach, the ex-Skid Row singer discussed the upcoming tour in detail, but at one point he went off on an intriguing tangent giving his thoughts on artists who do use pre-recorded tracks at their live shows.

“I also don’t know how much longer I can say to you that I don’t use tapes onstage, because I don’t, and I never have,” began Bach. “And I still don’t. I’m not going to for this tour. I feel like I’m one of the last people. When I have opening bands, and they’re using tapes, and then I come out and I don’t use tapes… sometimes, it makes me feel stupid, because I’m like, ‘What am I doing, when all these kids half my age can come onstage and do all of my moves, but they don’t have to warm up for an hour before the show, or weeks, before the first show?’ Sometimes, I’m like, ‘Why do I even bother, if the public is so used to this other way’?”

“I just did this cruise, called the Legends of Rock Cruise, and there were all older bands — like Kansas and Edgar Winter,” revealed Bach. “These guys come onstage and destroy you with their musicality. None of these bands on this cruise used tapes. And Kansas, I was hanging out with that dude with the eyepatch [guitarist Rich Williams], and he said, ‘I tell people, “Come see this while it still exists”,’ because it’s becoming very rare to come see a good band that’s actually a real band — that’s not miming or doing silly moves while a tape is running. It just becomes more rare as the years go on.”

He continued, “I’m very happy to say that this tour that we’re doing, we’re going to attempt — our best, as human beings — to play the record in its entirety. And my band is Bobby Jarzombek on drums, who I’ve been with since 2004, from Fates Warning and Halford, and then Rob De Luca on bass from UFO, and [guitarist] Brent Woods from Vince Neil and Chevy Metal. I’ve had these guys for a long, long time, so you’re not getting some new surprise. ‘Surprise, surprise, I bought a ticket… what the f**k is this?’ [Laughs] You know what you’re getting with me. It’s like Coca Cola.”

Bach also gave his thoughts as to why he thinks artists using pre-recorded tracks live seems much more prevalent nowadays. “Because everybody films everything on their phones, and then posts it all. That’s the reason. Nobody wants to jump around too much and then hit a bad note, and then have it be posted on the internet, and people say, ‘He’s not singing it like the record.’ Well, nobody is jumping around when they’re on the record. So, you can either freeze or sit in a chair — that’s how you make a record — and if you want to do that, it’s going to be a pretty boring show.

He went on to add, “Most performers say, ‘Singing is too hard.’ I’m not from that school. I’ve done four Broadway shows — I don’t transpose the keys down, I can still hit all the notes. I might not hit them all just like the record on any given night. I might not be as good as I once was… but I’m good once as I ever was.” [Laughs]

Lastly, does he think artists should be more honest if they’re using tapes live? “I think the audience should be more honest in who they give their money for, as far as buying a ticket. I don’t really have a problem with older guys in their seventies — if they are trying to get on the stage and it’s physically impossible for them to do it, I don’t necessarily have a problem with some dude in his seventies [using tapes]. Like, my mom is 77, I love her dearly… I couldn’t imagine her playing a show every night. It just boggles my mind. I don’t know how old your mom is, but imagine them being in KISS, and she puts these boots on, and flies to the rafters. I mean, I saw KISS, and I had one of the best times I’ve ever had at a show on this last tour.”

He concluded, “But I do have a problem with kids that would rather take the easy way out — instead of doing what [guitarist] John 5 does, and practice and play every single day, and approach it like that. That’s sad that that’s like a dying art — as far as becoming some virtuoso musician, which we all kind of attempted to do way back when. I’m not saying we all accomplished it, but we all tried. We all locked ourselves away in our room and practiced for hours every day. And I still do that — scales and practice all the time. It’s boring, it’s tedious, but that’s what you’ve got to do if you’re coming onstage and doing it for real. It takes hours and hours out of your day.”

Sebastian Bach’s tour celebrating the 30th anniversary of Skid Row’s debut album kicks off August 29th in Nashville, Tennessee, and runs through a November 2nd show in Pinellas Park, Florida. Tickets are on sale at SebastianBach.com.