The album and concert film were recorded at London's Hammersmith Apollo 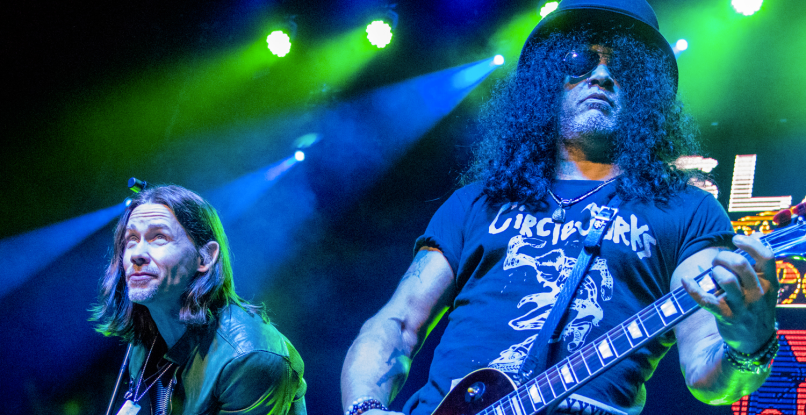 Guitar legend Slash is kicking off the week with news of a new concert film and album that will give fans a close-up look at his ongoing “Living the Dream” tour with his band Slash Ft. Myles Kennedy and the Conspirators.

The upcoming release, titled Living the Dream Tour, was filmed during Slash’s sold-out 2019 shows at London’s Hammersmith Apollo. Due out September 20th, the collection will be available in several formats, including 2-CD/DVD, 2-CD/Blu-ray, 3-LP black or red vinyl, digital video, and digital audio. Diehard fans can get their hands on a limited number of autographed bundles via Slash’s website.

Living the Dream Tour will offer songs from all of Slash’s solo albums. The DVDs and Blu-rays will also pack special interviews with Slash and Kennedy, a mini-documentary, and behind-the-scenes footage of the tour.

“Every night is chasing that magic and when it all happens, it’s euphoric,” Slash said in a press release. “I just love it. London kicks ass.” Get a sense of what to expect with an eight-minute clip of the band performing “Anastasia” below, followed by the full tracklist.