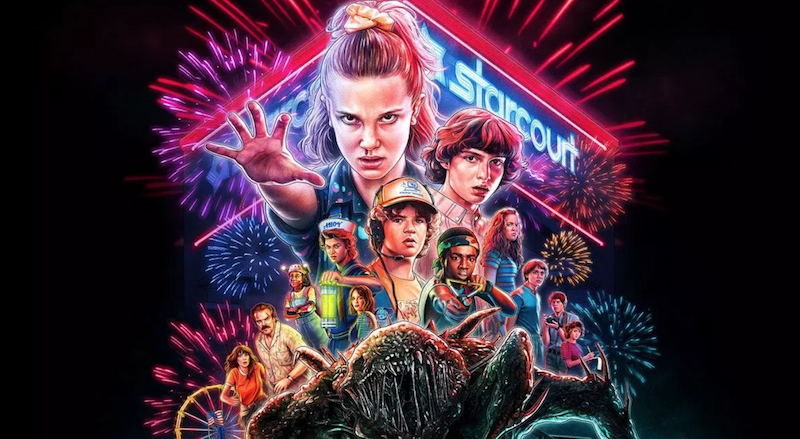 Kyle Dixon and Michael Stein’s Stranger Things 3 score is heading to vinyl. Lakeshore and Invada Records have announced the release of not one, not two, but three different editions for fans to go Upside Down about at their local record shop (or online).

For the US fans, Lakeshore will release its “Fireworks Splatter” edition, which jives with the show’s Fourth of July narrative. Fans outside the States will be able to pick up Invada’s “Neon Pink” variant with a “Turquoise Marble Effect” edition as a webstore exclusive.

Spanning 41 tracks, Dixon and Stein stress that the Season 3 soundtrack “doesn’t feel like a ‘score’ necessarily, but one that feels more like a stand-alone record than a collection of brief cues.” Tracks like “Starcourt” and “Aftermath” back up that statement.

(Read: A Guide to All the Stranger Things 3 Merch and Promotions)

For more information on the score, listen in to our new interview with Dixon and Stein, who appear on this week’s episode of Relevant Content. Hosted by Dedrick Hendrix, the weekly series airs on Consequence of Sound Radio exclusively on TuneIn.

The vinyl is slated for an October release and both Lakeshore and Invada are currently taking pre-orders. Lucky for you, we’re giving away one copy of each edition for absolutely no cost whatsoever. So, don’t be a mouth breather and enter below.