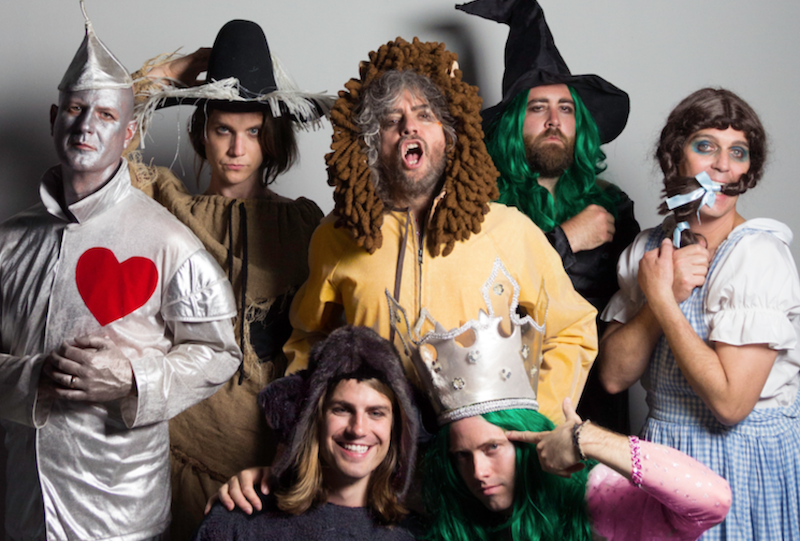 The Flaming Lips have today given wide release to their new album, King’s Mouth. Previously only available as a Record Store Day vinyl limited to 4,000 pressings, the whole thing is now streamable below via Apple Music and Spotify

The 11-track concept album features narration from The Clash’s Mick Jones, who tells the tale of a community in mourning after the noble death of a benevolent monarch. The piece is one component of a three-part project that includes an art installation (which was previously on display at New York’s Rough Trade) and a book called King’s Mouth: Immerse Heap Trip Fantasy Experience written and drawn by frontman Wayne Coyne.

In his review of the record, Consequence of Sound’s David Sackllah said,

“Ever since 2009’s Embryonic, The Flaming Lips have descended into creating more abstract psychedelia, swirling and progressively hazier with each release. On King’s Mouth, they return to the mid-2000s with a gentler, more fantastical collection of songs full of bright melodies and heartfelt lyrics, reminiscent of Yoshimi in more ways than one. Hearing Coyne sing clearly over acoustic strumming on ‘The Sparrow’ feels like a warm reminder of the childlike wonder they conjured on earlier releases, a feeling they manage to capture at times throughout.”

King’s Mouth was previewed with the tracks “All for the Life of the City” and “Giant Baby”. Stream the full record below. You can also catch The Flaming Lips on tour this summer with The Claypool Lennon Delirium; get tickets here.

Below, revisit Coyne’s 2018 appearance on This Must Be the Gig.