Top Song of the Week: Beyoncé Roars with the Heart of a Lion on “Spirit”

by Samantha Lopez and Sean Lang 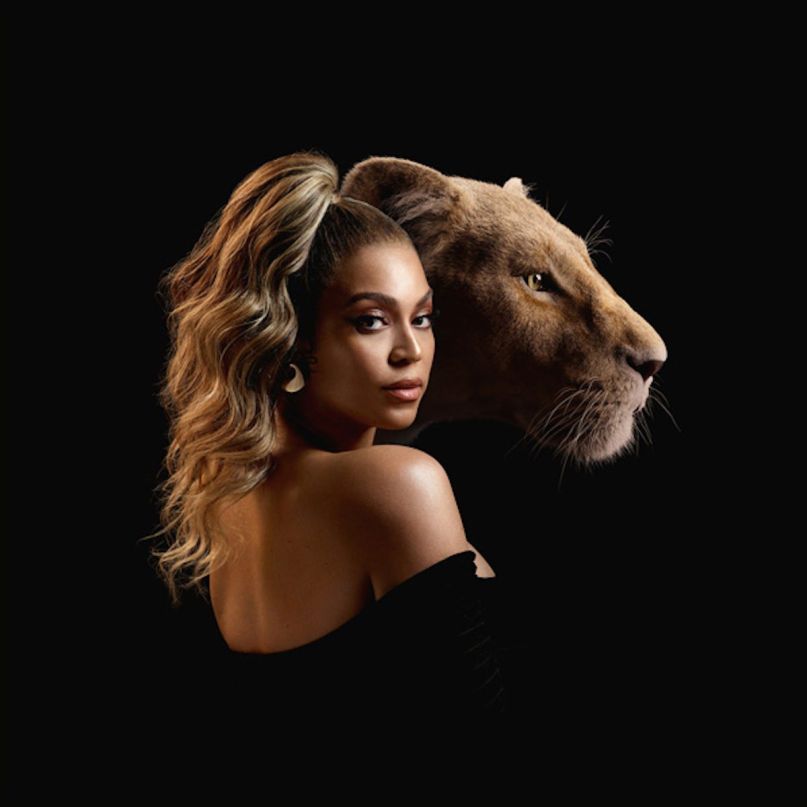 Each week we break down our favorite song, highlight our honorable mentions, and wrap them all up with other staff recommendations into a New Sounds playlist just for you. Be sure to subscribe here. This week’s top song, “Spirit”, comes from Beyoncé and her Lion King: The Gift project.

Queen Bey is a master of many trades. Along with her role as Nala in the highly anticipated, live-action remake of The Lion King, Beyoncé had the opportunity to create a new song for the soundtrack. It’s one that we could only feel lucky to be graced with and one that stands up with the beloved compositions crafted by Hans Zimmer and South African composer Lebo M.

However, our luck is extended as we’re gifted with more than just one track. The Lion King:The Gift is a standalone full-length album that will feature an assortment of African artists and producers. According to a statement: “Each song was written to reflect the film’s storytelling and gives the listener a chance to imagine their own imagery while listening to a new contemporary interpretation.”

Our first taste of the project, gospel-pop ballad “Spirit”, opens with two men singing in Swahili, a modest nod to Lion King’s characters who have names that come from the East African Language. “Spirit” possesses a push-and-pull effect and pulls straight from the melodic and lyrical themes of the original movie; there’s a feeling of gusting winds, open skies, and dreamy stars as Beyoncé calls: “Spirit, can you hear it calling?/ Yeah/ Your destiny is coming close, stand up and fight/ So go into that far-off land/ And be one with the great I am, I am.” Like the story we love, it’s all about being ready when your destiny comes knocking. Cue the cub.

Purple Mountains – “All My Happiness Is Gone”

When David Berman’s Silver Jews disbanded over ten years ago, his re-entrance into music appeared more than doubtful. Now, though, he’s back as Purple Mountains, with an album of the same name. Leading single “All My Happiness Is Gone” is as good a driving song as ever, a melancholic meditation on age and distance, and distance as a result of age, especially. Here, Berman sings about the times and places “Where nothing’s wrong and no one’s asking/ But the fear’s so strong it leaves you gasping,” the gentle discomforts of leaving behind and being left behind. –Sean Lang

“Tenderness” is the second single off Jay Som’s (born Melina Duterte) forthcoming sophomore album, Anak Ko. Duterte herself described the single as “a feel-good funky, kind of sexy song,” and she is absolutely right. While her previous single, “Superbike”, is a jangly pop song, “Tenderness” is more a purveyor of soft rock filled with nostalgia and lo-fi at every turn. The track is also inspired by, as Dueterte says, “the curse of social media.” In a press release, the artist states, “I have a weird relationship to social media and how people perceive me — as this person that has a platform, as a solo artist, and this marginalized person. That was really getting to me. I wanted to express those emotions, but I felt stifled. I feel like a lot of the themes of the songs stemmed from bottled-up emotions, frustration with yourself, and acceptance.” The track is accompanied by a music video that pays homage to the golden age of adult contemporary. –Samantha Lopez
_______________________________________________________

Bon Iver announced new album i,i will be released via Jagjaguwar next month. This week, Justin Vernon and the band released two new tracks, “Faith” and “Jelmore”. They follow other recent singles “Hey Ma” and “U (Man Like)”. This time, we’re talking about “Faith”. The track features Buddy Ross, Francis Starlite, the Brooklyn Youth Chorus, Bryce Dessner, and others. (The record is said to include a bunch of guests.) “Faith” is composed over glitchy strings and propelling drum triplets. It paves the way for Vernon’s latest, more plain-spoken lyrical/vocal approach. The song teeters on elements of doubt and insecurity through dusky electronics and modulated synth and further showcases Vernon’s new style. –Samantha Lopez
_______________________________________________________

With an academic background in composing, British musician Anna Meredith crafts elaborate electronic music incorporating all variety of instrumentation. When the brass section enters the fray a little over halfway through “Paramour”, the cinematic quality that shines through makes it easy to understand why she was chosen to create the score for Eighth Grade, Bo Burnham’s directorial debut. Meredith is a subtle master of moods and knows how to bend a sonic landscape to her will. Here, she brings her listener through a veritable carnival of atmospheres, on what is ultimately an exciting first taste of her second studio album, Fibs, due out October 25th. –Sean Lang

Dev Hynes AKA Blood Orange is releasing a new mixtape, Angel Pulse, this week. It’s the follow-up to last summer’s Negro Swan. In a press statement, Hynes explains, “I have a habit through the years of making records that I just give to friends, or on tape to people on the street, or no one. Usually this material is made directly after the album I’ve just put out. Somewhat of an epilogue to the thing I’ve made before. This time… I decided to release it.” The song debuted during a two-hour takeover of London’s NTS station and, as the title indicates, was recorded in Florence, Italy. The track teeters between ethereal dreaminess and a heady grind. –Samantha Lopez
_______________________________________________________

Already a well-accomplished jazz musician and upright bass player — you might recognize Kate Davis from the semi-viral “All About That (Upright) Bass” Meghan Trainor cover from 2014 — Kate Davis has made a decisive pivot to indie rock. The 28-year-old co-wrote Sharon Van Etten’s “Seventeen” off of Remind Me Tomorrow from earlier this year, and, now, some of those same ideas appear on “Cloud”, which opens “Seventeen/ I just wanted to be in love”. For the next three minutes, Davis meditates on the hypothetical love of her life, who could appear at any moment. “What if I miss you at a highlight?/ Or at a stoplight?” she sings. –Sean Lang
_______________________________________________________

“Night from Scratch” is a gentle anthem for tired lovers. Tired of themselves, tired with each other, tired of it all, agreeing to just call it a night. Soft, warbly synths and Jenny Gillespie Mason’s silky smooth voice lend the track an intimate, bedroom feel, like an even more subdued Rhye with a vaporwave flare. “Night from Scratch” arrives as the third single ahead of the Berkeley-based six-piece’s second album, Gas Station Roses, out September 6th. –Sean Lang