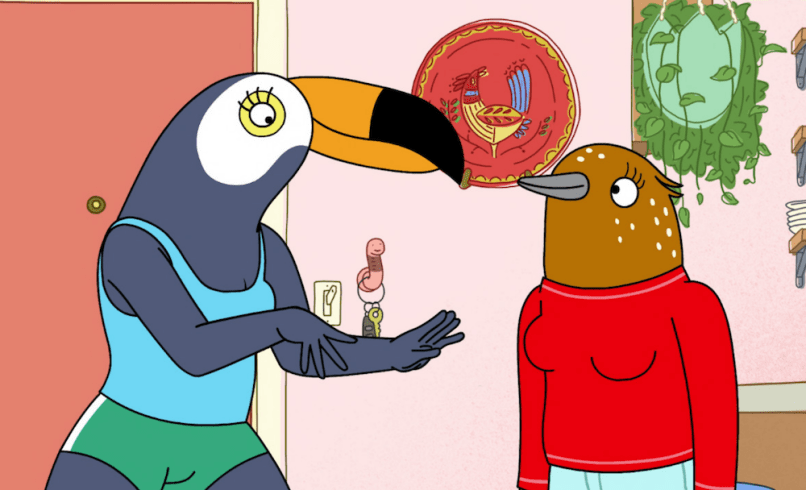 Tuca & Bertie have flown the coop. After just one season, the animated anthropomorphic sitcom has been canceled by Netflix.

The short-lived program came from the genius mind of Lisa Hanawalt, a producer and illustrator on the Netflix hit series BoJack Horseman. Its 10-episode first season followed Tuca and Bertie, a pair of colorful thirtysomething bird women voiced by Tiffany Haddish and Ali Wong, respectively.

In his glowing TV review, Consequence of Sound’s Clint Worthington wrote that the show successfully “pecked at millennial malaise with infectious energy,” as well it to “an animated version of Broad City.”

Hanawalt mourned the series’ cancellation on Twitter on Wednesday,

She also expressed gratitude for all of the acclaim awarded the TV show — Tuca & Bertie currently has a 100% rating on Rotten Tomatoes —  while acknowledging that “none of this makes a difference to an algorithm.” “But it’s important to me and the way I want to continue making art in this world,” added Hanawalt.

Read her full Twitter thread below, followed by a trailer for Tuca & Bertie.

Netflix is not ordering a second season of Tuca & Bertie.

Cast & crew & writers were flawless. Production ran so smoothly, it felt charmed. My IBS flared terribly and the show was better for it!!

Best of all, I still get daily messages and tweets from viewers who connect personally to the characters and stories. The birdsona & plantsona fan art is SO incredible, are you kidding me! And the show is still being discovered by new fans every day!!

Thank you to everyone who loves and supports T&B, and to everyone who was comforted and felt like this show gave you a voice. I’m hopeful we can find a home for Tuca & Bertie to continue their adventures. #TucaandBertie pic.twitter.com/xmrAV7Ooyq