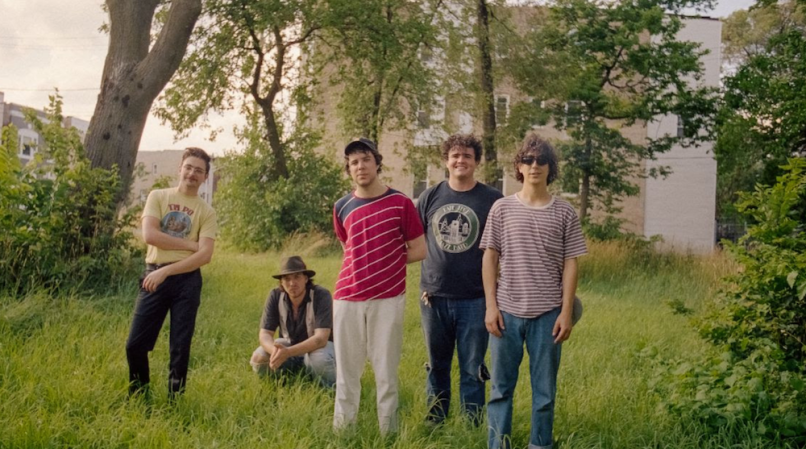 The upcoming effort is the official follow-up to 2016’s Down in Heaven. It also follows the Chicago outfit’s Sweet ’17 Singles compilation series. According to a statement, Lookout Low is Twin Peaks’ “most deliberate and seamless” LP, and dubbed a “collaborative triumph” thanks to each individual members’ increased involvement in the studio.

After demoing 27 songs, the indie rockers narrowed down the album to 10 songs. Recording took place at Monnow Valley studios in the UK with legendary producer Ethan Johns, known for his work with Paul McCartney and U2.

Accompanying Twin Peaks in the studio was additional drummer Kyle Davis, as well as OHMME’s Macie Stewart and Sima Cunningham, who both contributed harmonies to a majority of the album.

As a first teaser, the group is sharing “Dance Through It” and its music video, helmed by Ariel Fisher and Léo Schrepel in Berlin. Guitarist Cadien Lake James commented on the single in a statement,

“Writing and arranging ‘Dance Through It’ felt like a dive into and embrace of experimenting with a new palette for us. After having been directly involved in the creation and direction of all of our videos, it felt fitting to allow this song the breath of collaboration in having Ariel Fisher take the helm and run with it.”

To coincide with the album news, Twin Peaks are expanding their North American tour with a fresh round of October and November dates. Check out the full schedule and grab your tickets here.