The situation has been described as "chaotic" 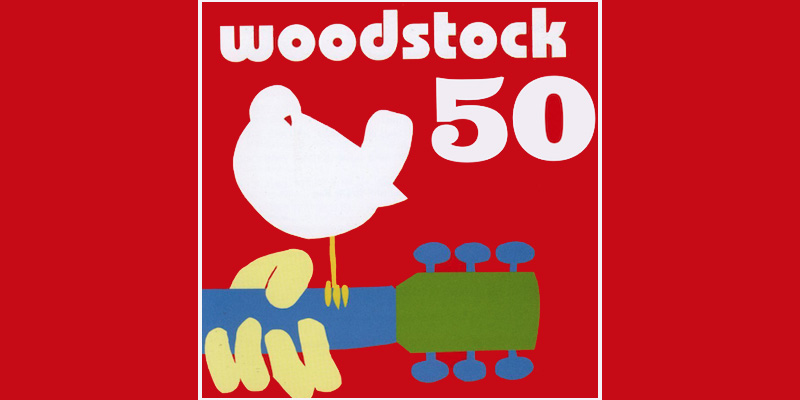 Who here still thinks Woodstock 50 is going to happen? Anyone? Bueller? Well, if the anniversary festival actually does come to fruition, it very likely won’t be at Vernon Downs in Upstate New York, as the local county has denied organizers a permit to house the event there.

Situated just outside of Utica, Vernon is the second location to pass on Woodstock 50. The original Watkins Glen International Speedway site pulled out of its contract back in June. Organizers scrambled to find a backup spot, and settled on Vernon Downs two weeks later. The site would have been a major downgrade, as it has no campgrounds and can only hold 45,000-50,000 people. That’s a sharp decline from the 70,000 capacity of Watkins Glen and way below the 125,000 Woodstock co-founder Michael Lang wanted to accommodate.

Oneida County Administrator Anthony Picente Jr. told Variety that the application process in Vernon “has been chaotic.” “Originally it was going to be a three-day festival, but then [the producers] said instead it would be three one-day events, with all 65,000 or however many people vacating the grounds at the end of each day,” he revealed.

While promoters have a five day window to appeal the denial, Picente said the likelihood of Woodstock happening in Oneida County is “highly unlikely.” He added that “what they have submitted to date has not met many of the requirements,” suggesting it seems unlikely they’ll be able to pass snuff in under a week.

(Read: Why Did American Music Festivals Almost Disappear in the 1970s and ’80s?)

We’re now just 37 days away from Woodstock 50’s planned August 16th start date, and with no tickets available and no site secured, it seems pretty damn improbable that Lang and his team will pull this one out. As Picente put it,

“We could have done this with a year or 16 months advance [planning], but to do it in three to six weeks is really a near impossibility from a public safety and health standpoint. As someone who as here for 1999 [Woodstock’s violent, fiery 30th anniversary concert], some names have changed but it’s largely the same situation.”

Not long after Woodstock 50 revealed its bonkers lineup (JAY-Z, Robert Plant, Miley Cyrus, Chance the Rapper, Dead & Company, Imagine Dragons, Santana), the cracks began to show. The Black Keys pulled out less than a month after the announcement, and then April’s ticket on-sale date was suddenly postponed. The festival was reported canceled once investors backed out, but Lang fought back, hiring Trump’s attorney in attempt to save the festival. In May, a judge cleared the way for the festival to continue, and a new financial backer was secured. As organizers pitched the Vernon site, Virgin Produced CEO Jason Felts signed on as a consultant and began talks about coming on as a producer.

(Read: Faking Woodstock: Why The 2019 Resurrection Is A Bad, Bad Idea)

“We understand the public safety and traffic concerns of the local community. We have been working diligently over the last several weeks to secure the permits needed to hold the festival, and will continue to work with Law Enforcement and Public Safety Officials to present a cohesive safety and traffic plan that will be satisfactory in addressing the concerns. We appreciate the honest feedback from the Town of Vernon and will continue to address their comments as we enter the final planning phases for Woodstock 50. We are confident that this careful planning and consideration of community concerns will result in a safe, world-class Festival.’’

Frankly, we’d be shocked if it resulted in any sort of festival at all. Somewhat amazingly, there’s still a countdown clock on the Woodstock website.